Turn the Virtual Penalties Into Reality

It was on a cold January morning when my boss and CEO of the company, broke into the conference room asking why the new acquisition numbers have decreased. Well, it’s been only for the last few days, and even though we’ve had record breaking holidays, I immediately started thinking on what new ideas to bring to life. During the winter slowdown when the Bulgarian championship is put to sleep for three months, I contacted one UI/UX designer and one Motion designer from our internal marketing crew and together we started something really interesting. 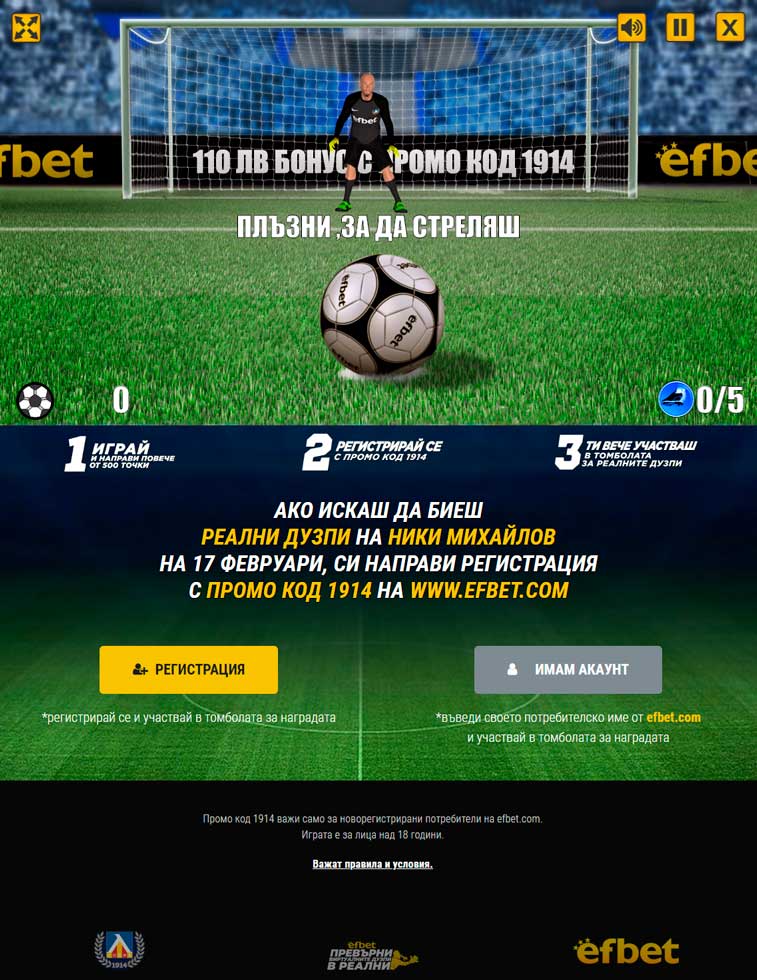 New customers, new registrations, a new niche? Being the main sponsor of one of the two most popular teams in Bulgaria ‘Levski Sofia’, we had a huge fan audience, which was the core target group for the company. The task we engaged on was to introduce each and every fan of the club to the main sponsor, and let them see in its face not just a brand, but a friend giving them a whole new experience. 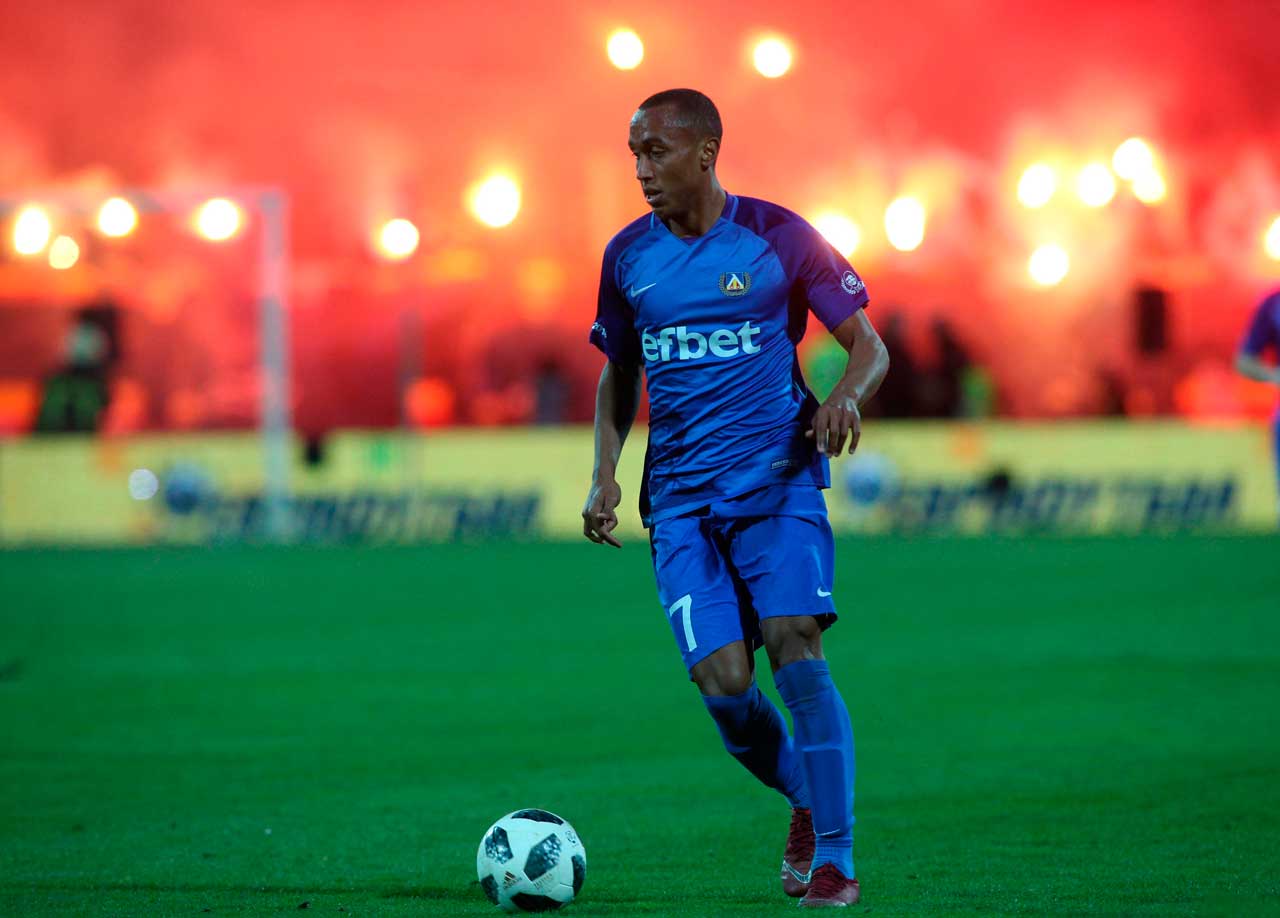 There was just a month and a half to go before the long-awaited resuming of the football season and Levski’s football fans were impatiently expecting a derby match with Lokomotiv Plovdiv in the first winter round. What else could we give them?!

However, the son was not on the same professional level as the father, on the contrary, he was known for his shallow saving, although he had played in major championships such as the Netherlands football championship. After his transfer to Levski, negative comments exploded on social media and were for the most part similar to “if this one is our goalkeeper even I myself can score against him”, which triggered the birth of a new idea! 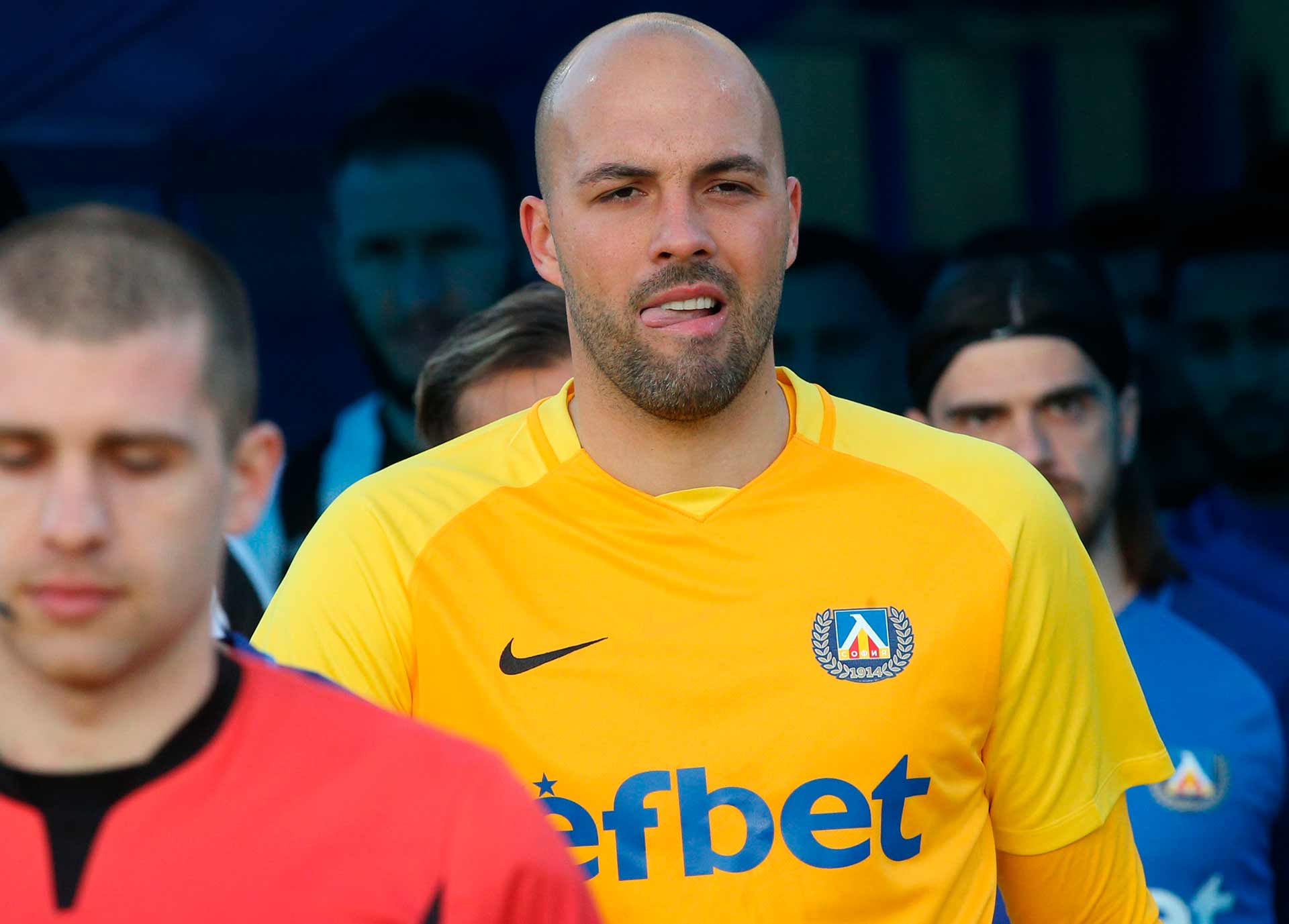 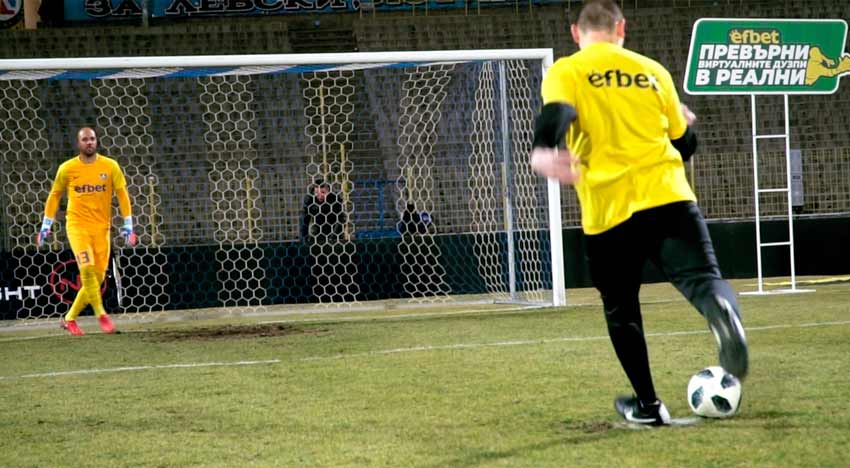 My idea involved the creation of a customized game in which all Levski fans could participate, getting a chance to kick five virtual penalty shots against the digitally built image of Nikolai Mikhailov, and after registering on our efbet platform at the end of the game, each of them entered a raffle where the first three of them would win a prize giving them the opportunity to kick real life penalties after Levski’s first game of the season is over! The game was fast and easily accessible from desktop and mobile devices.

Developing the web game, a video and the key vision, with the in-house marketing department we were able to prepare the campaign in less than two weeks in order to reach a maximum number of Levski’s fans in the remaining 14 days before the first match of their beloved team began. 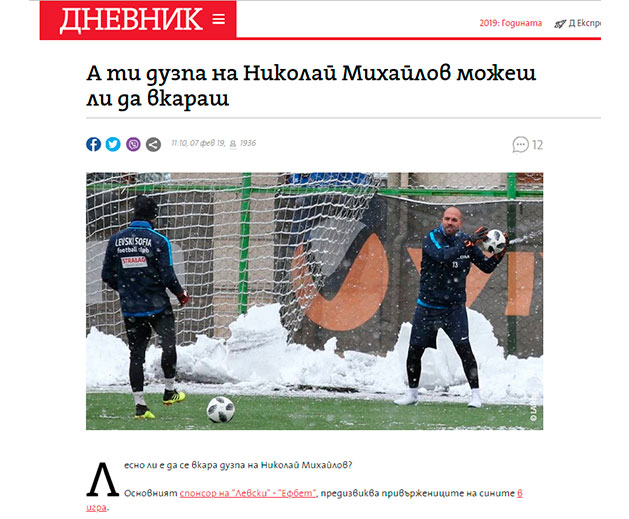 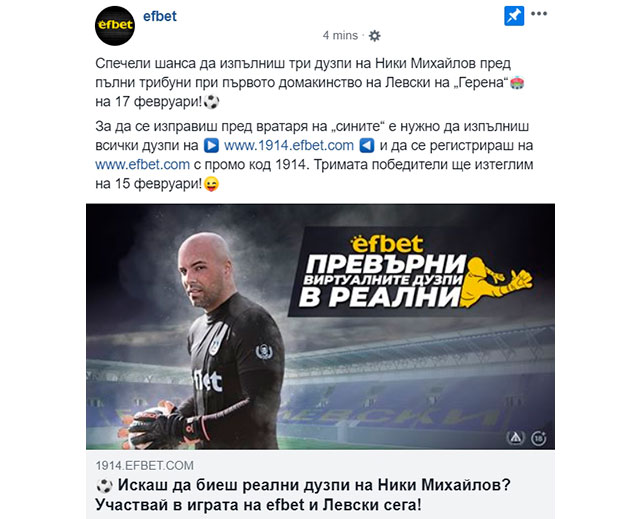 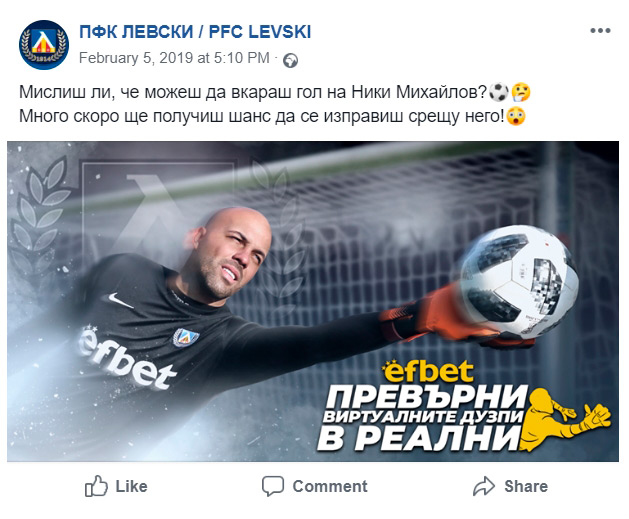 With a limited budget and massive social media campaigns, accompanied by organic articles, we were able to reach a number of 8500+ people who visited the website and played our virtual game and 1500+ newly registered clients on our online platform. In the end, the three winners were able to kick several penalties against the goalkeeper of their favorite team, which certainly is a memory they would cherish for a long time. 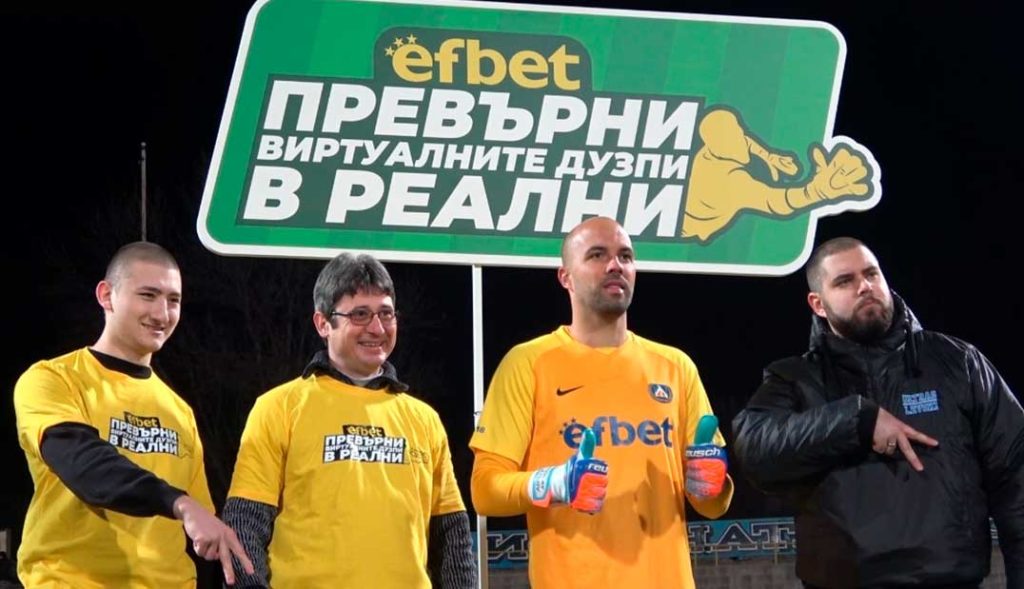 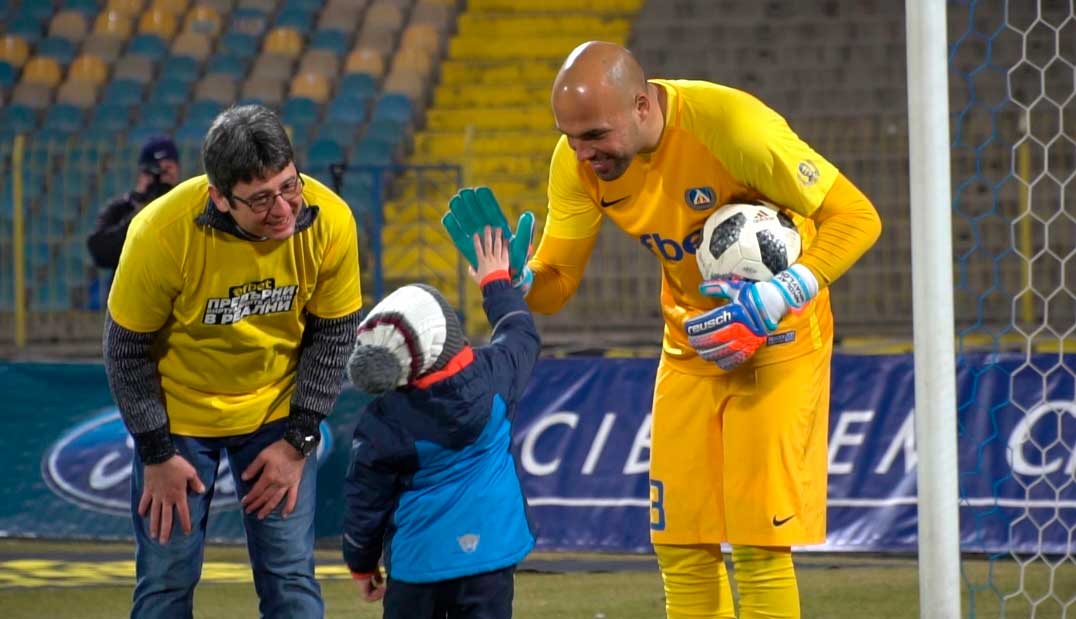 new registrations direct from the game