It was during the last season when the original, “true” team of CSKA Sofia still existed. A little later, in the summer of 2016, the team went bankrupt and was eventually replaced by another team from the town of Lovech, but that’s a different story.

This was the 6th season for me being “Il Capo”* of the group of the most passionate football fans in the country. Leading these numerous troops of fans, together we made possible the most memorable choreography of a football game in Bulgaria ever seen. These events appeared in the headlines of the world’s biggest daily newspapers, and we glorified our beloved club with something far beyond the football field.

/*capo – from Italian, head, boss, leader of an organization/ 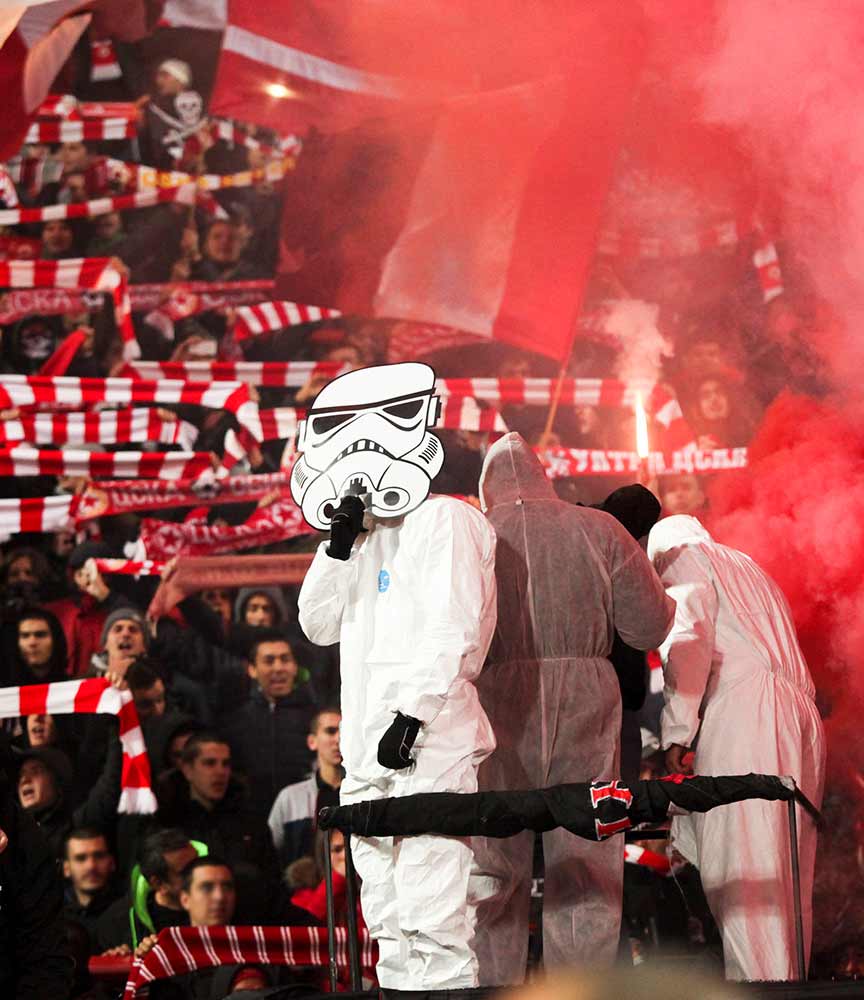 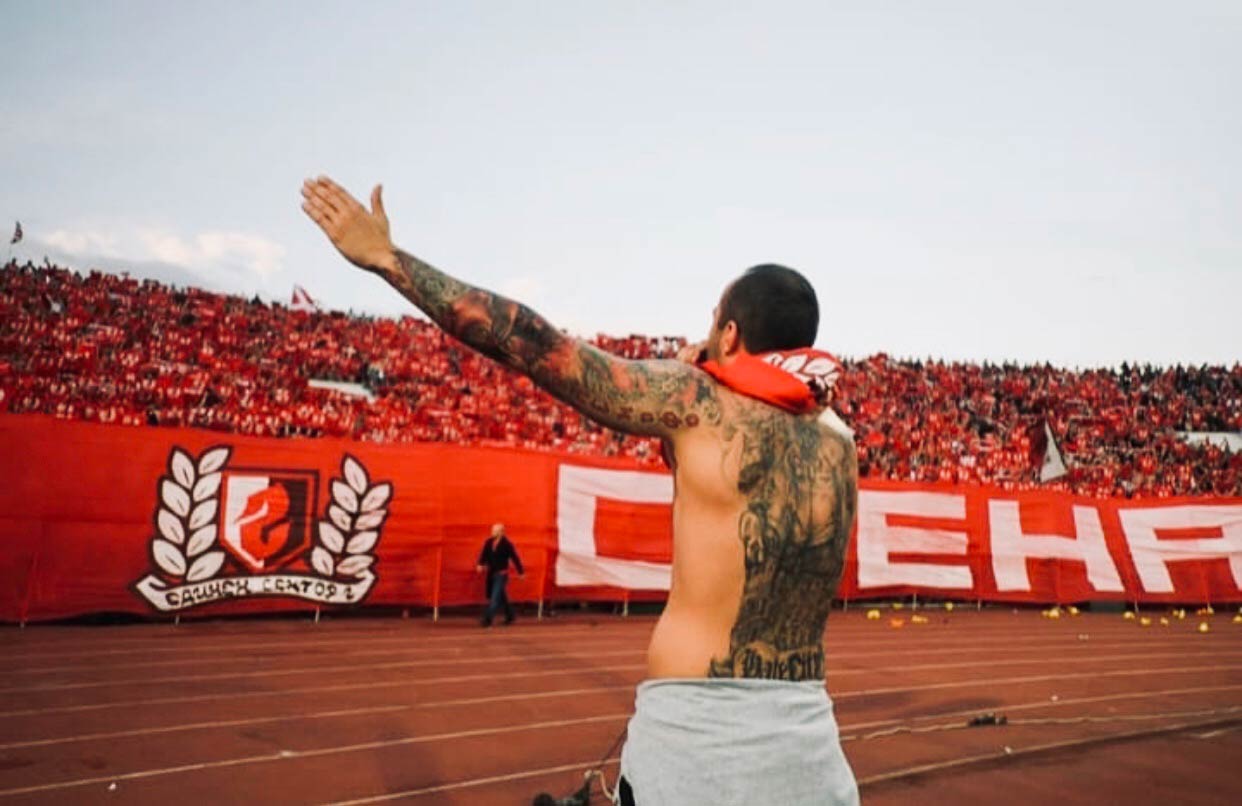 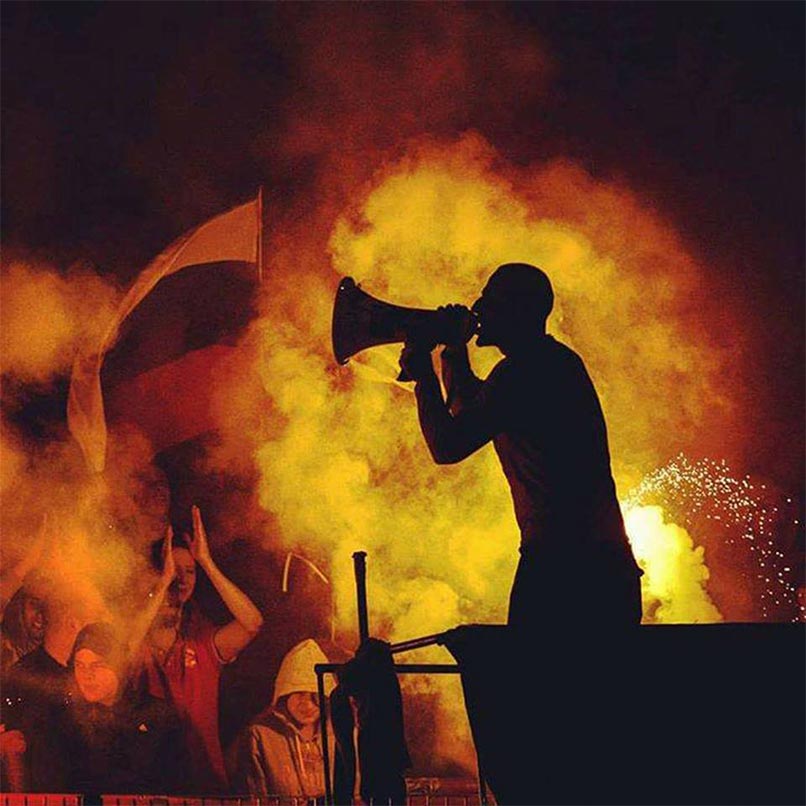 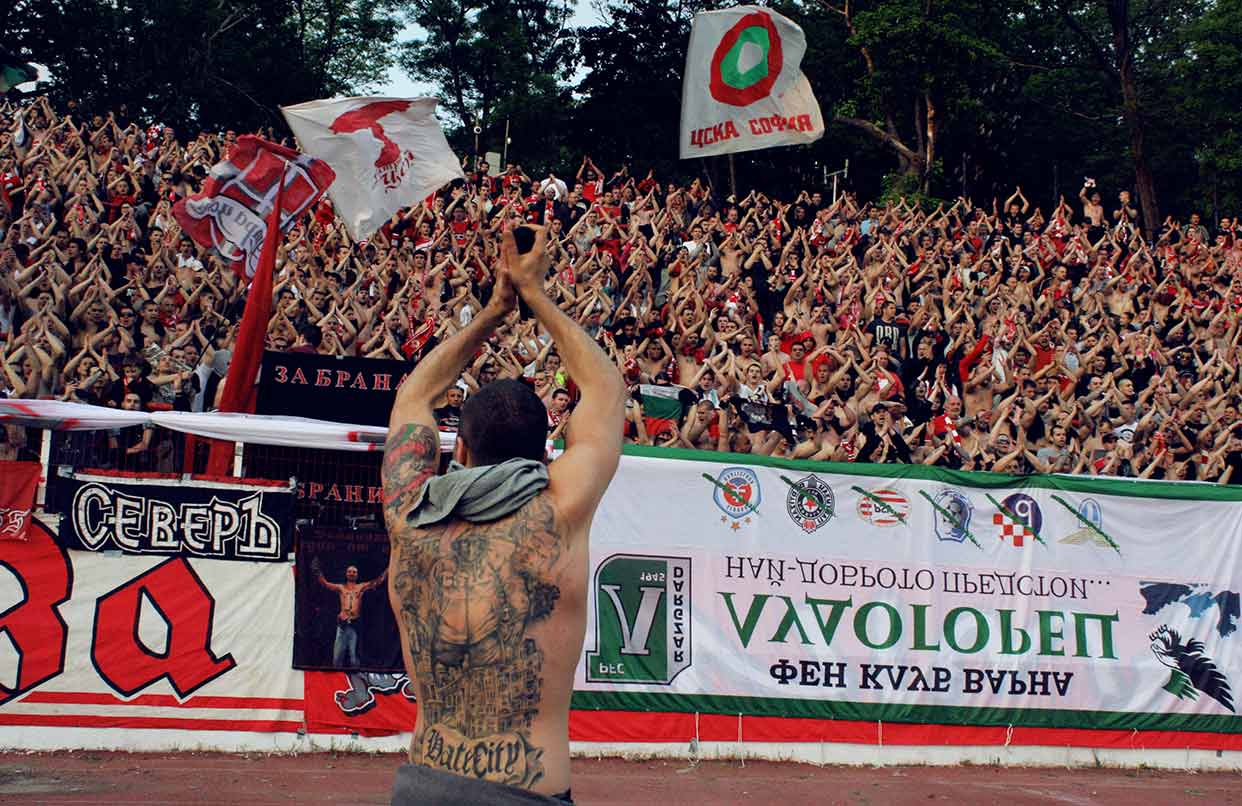 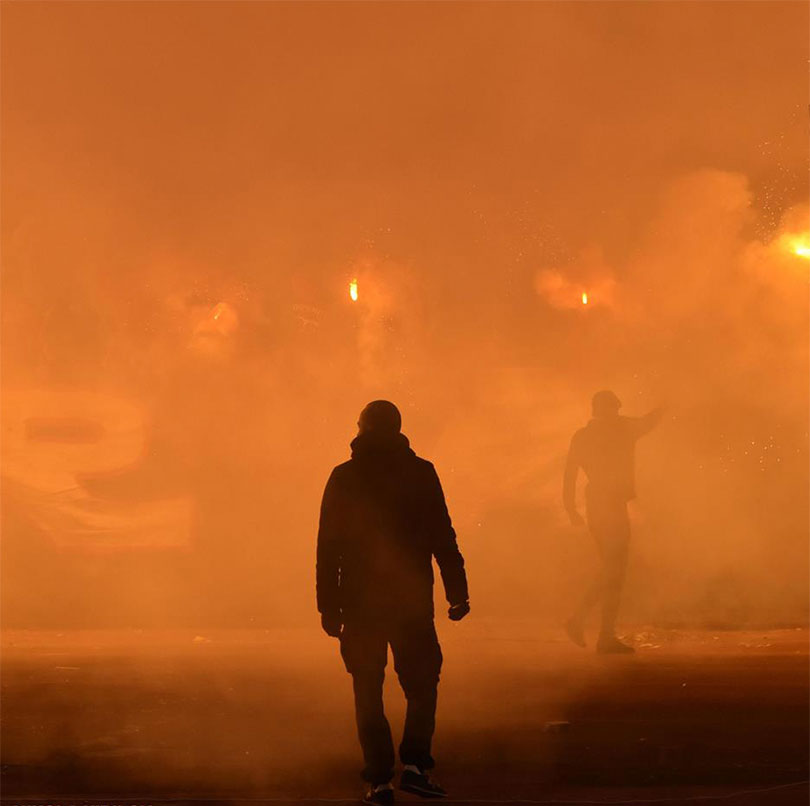 Brand Awareness – everything I have done over the years, such as choreography, organization and inspiration of the fans in the North Stand of the stadium, has been about becoming the best, the most creative, and last but not least, showing everyone how things can be done with style and creativity. The cause of being not just an ordinary fan but also fully dedicated to what you do, is defined and valued by the feeling of fulfillment and the recognition you end up getting from the public and the media. So that is why I woke up one day and I told myself ‘we must do something unforgettable’!

It was on a cold November day in the capital city of Sofia (Bulgaria), while thinking on the new choreography strategy for our next football game, when the idea was born. I decided that it should be inspired by the upcoming premiere of Star Wars Episode VII, a story I was always intrigued and fascinated as a child.

The first thing that popped into my mind was the Stormtroopers’ masks and how they would perfectly fit on the faces of the 4,000 people we expected in the stadium. That event was the perfect scene – a match for the Bulgarian Cup against the modest football team of Sozopol, during a season when CSKA played in the 3rd league, thrown out there because of financial problems. 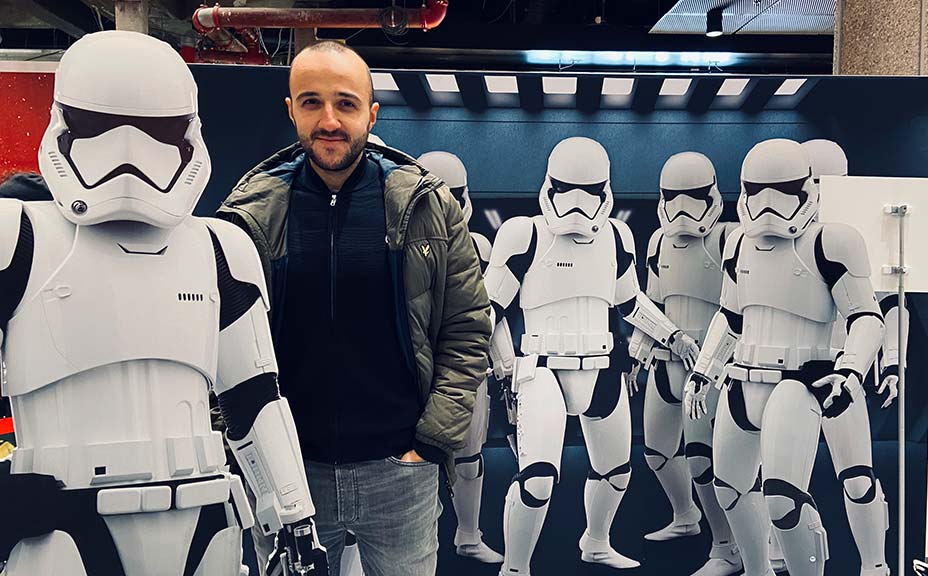 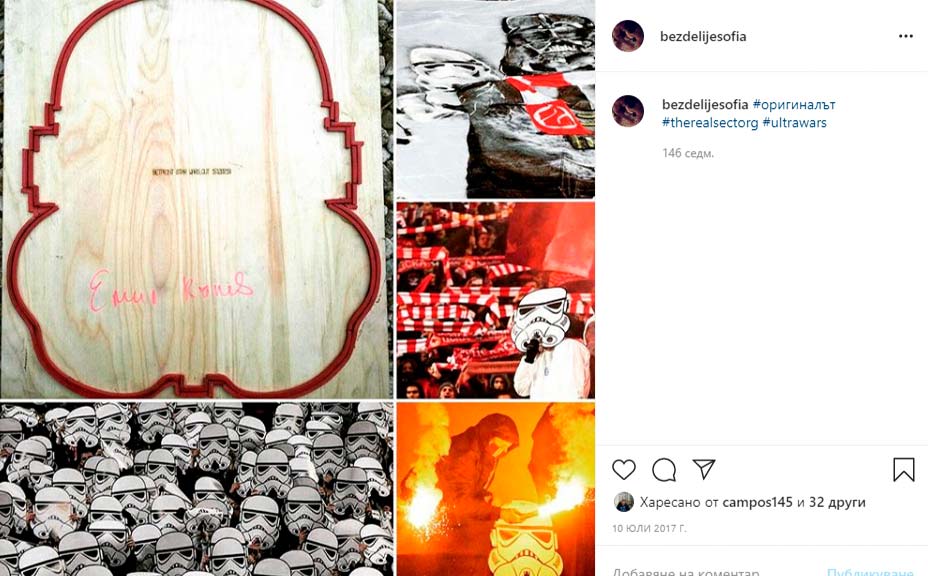 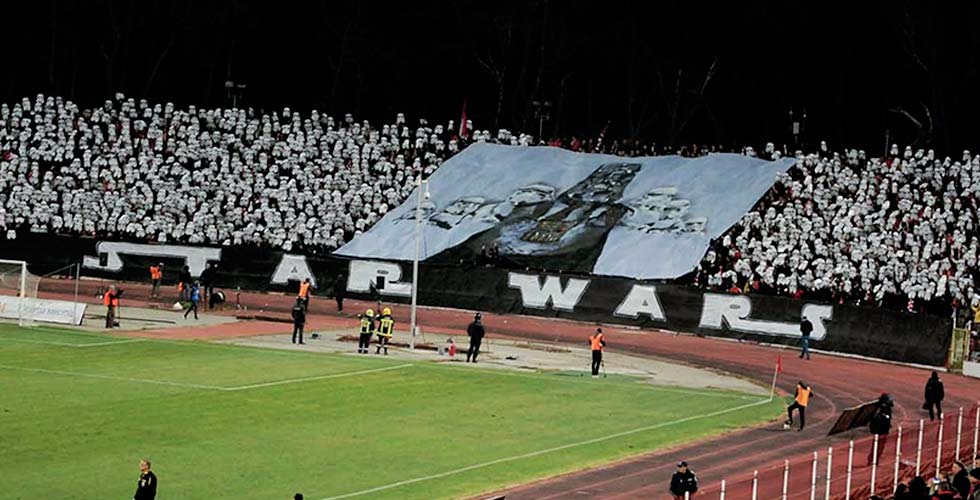 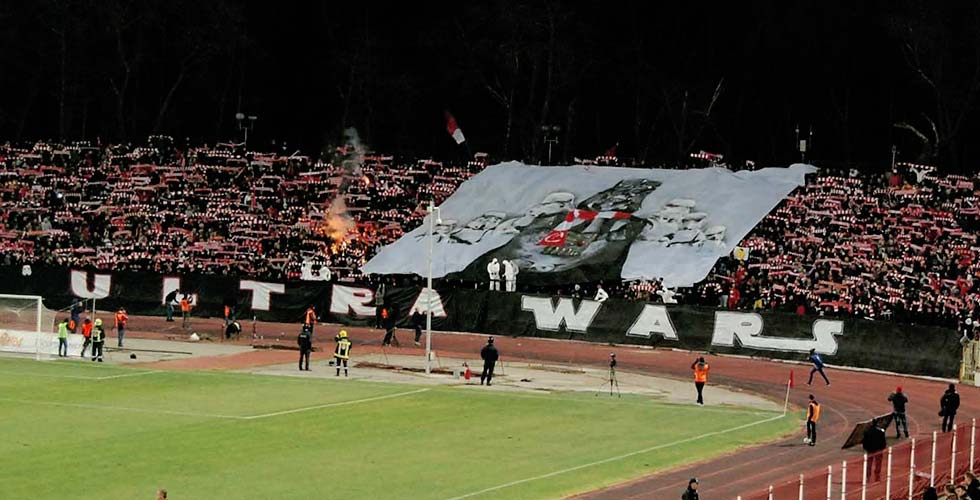 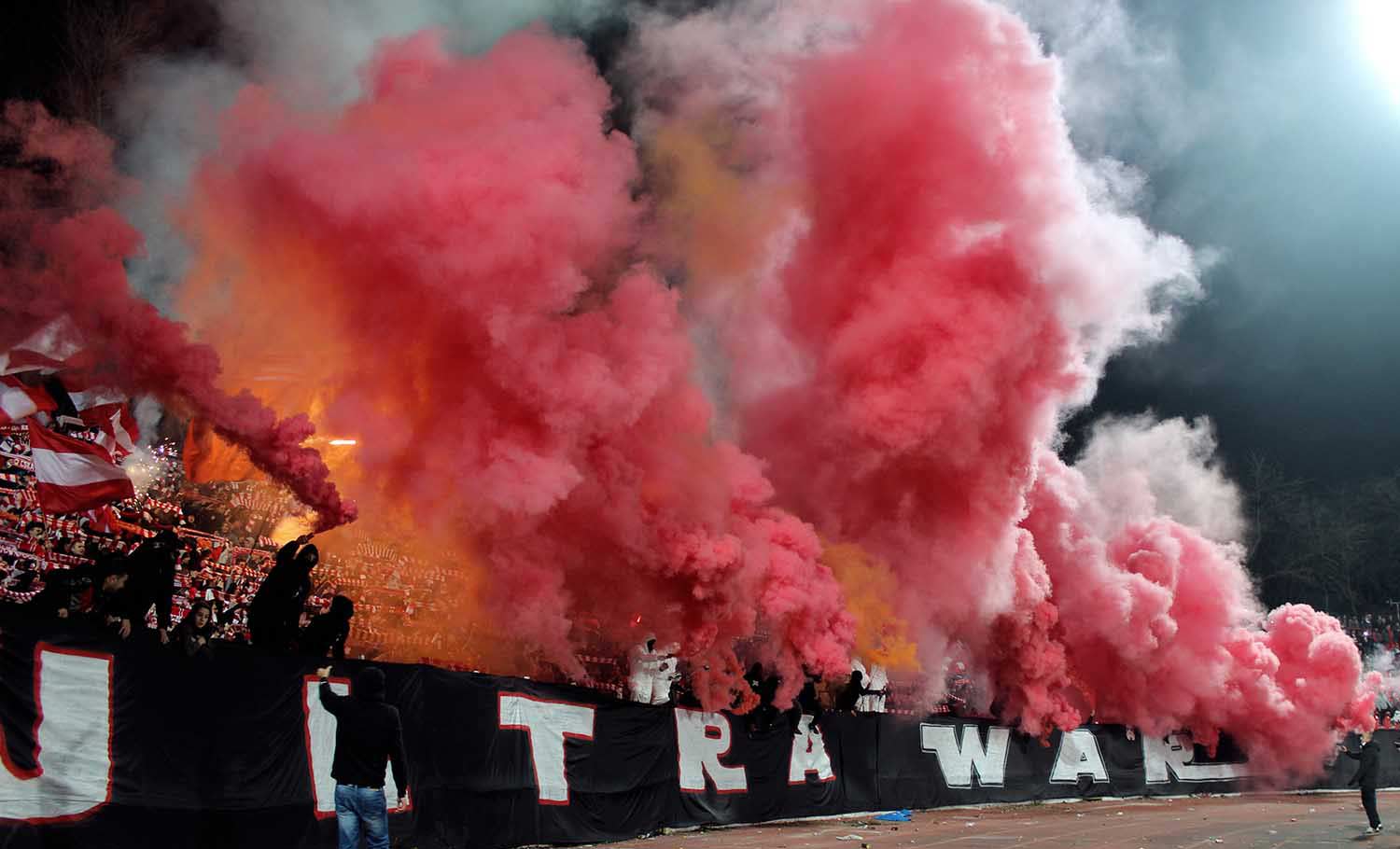 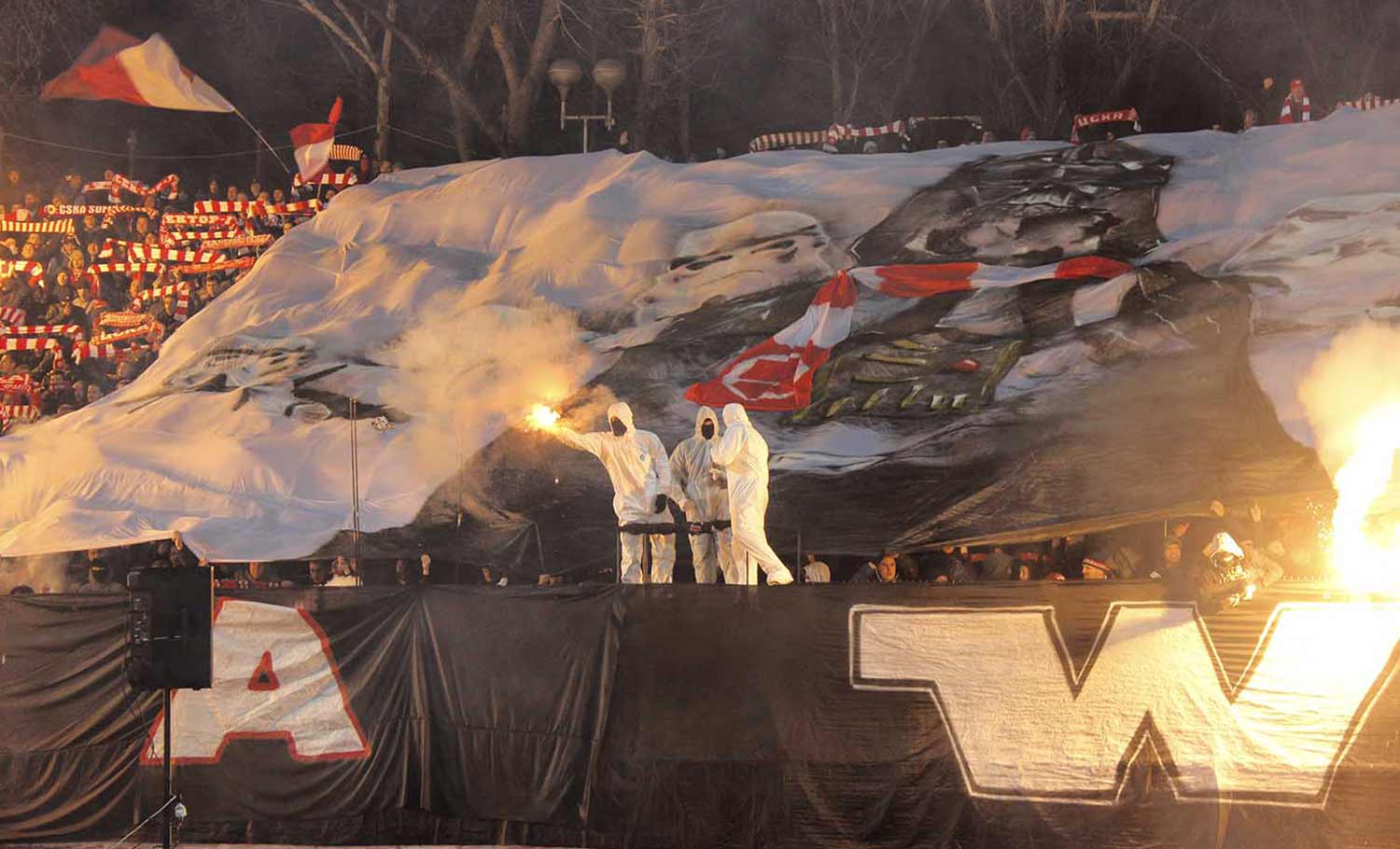 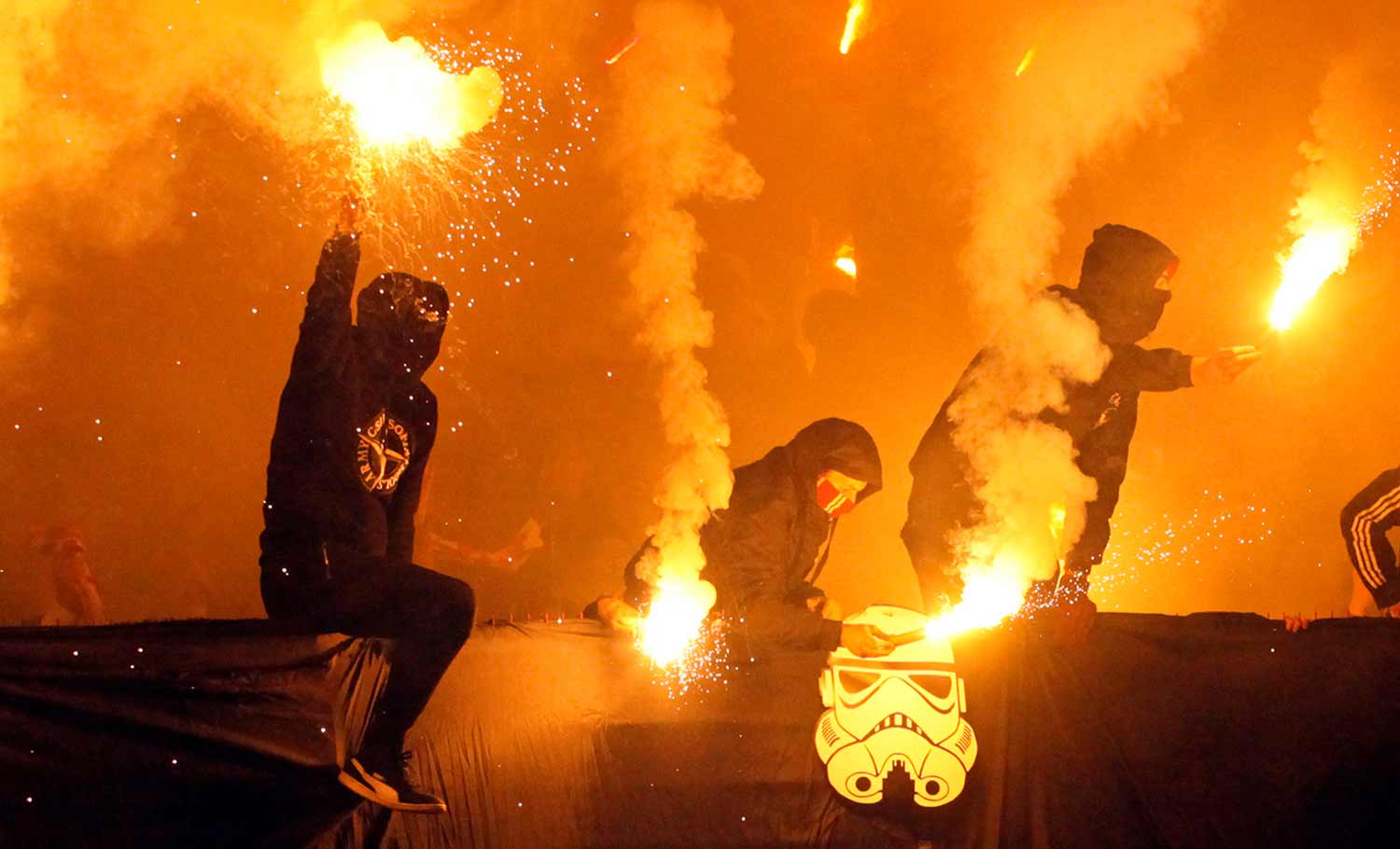 THE RESULT AND MEDIA COVERAGE

The result was an incredible choreography which began with the rise of an impressive army of cardboard Stormtruppers, a huge image of Darth Vader and the ‘Star Wars’ logo, accompanied by the singing of the tunes of “The Dark Side” – well, at that moment everybody was stunned, wtf, what is going on here?!

For about a couple of minutes, the viewers in front of the TV screens and the public in the stadium might have thought that this was a Disney promoted campaing for the release of the blockbuster due in three days. Well, that definitely wasn’t the case, and a few moments later, after a complex choreographic maneuver, the ‘Star Wars’ logo transformed into ‘Ultra Wars’, a red and white striped scarf appeared on Darth Vader’s neck, and the thousands of Stormtruppers’ masks were replaced with thousands of red and white striped scarves. All of them, no exception!

After all, helped by the donations raised in advance by the very same fans who took part in the choreography, the idea and the entire performance were praised and were mentioned on the front pages of some of the world’s largest newspapers and magazines such as TIME, SUN, ESPN, The Guardian , La Gazzetta Dello Sport, Eurosport, SportBibble, to name but a few. 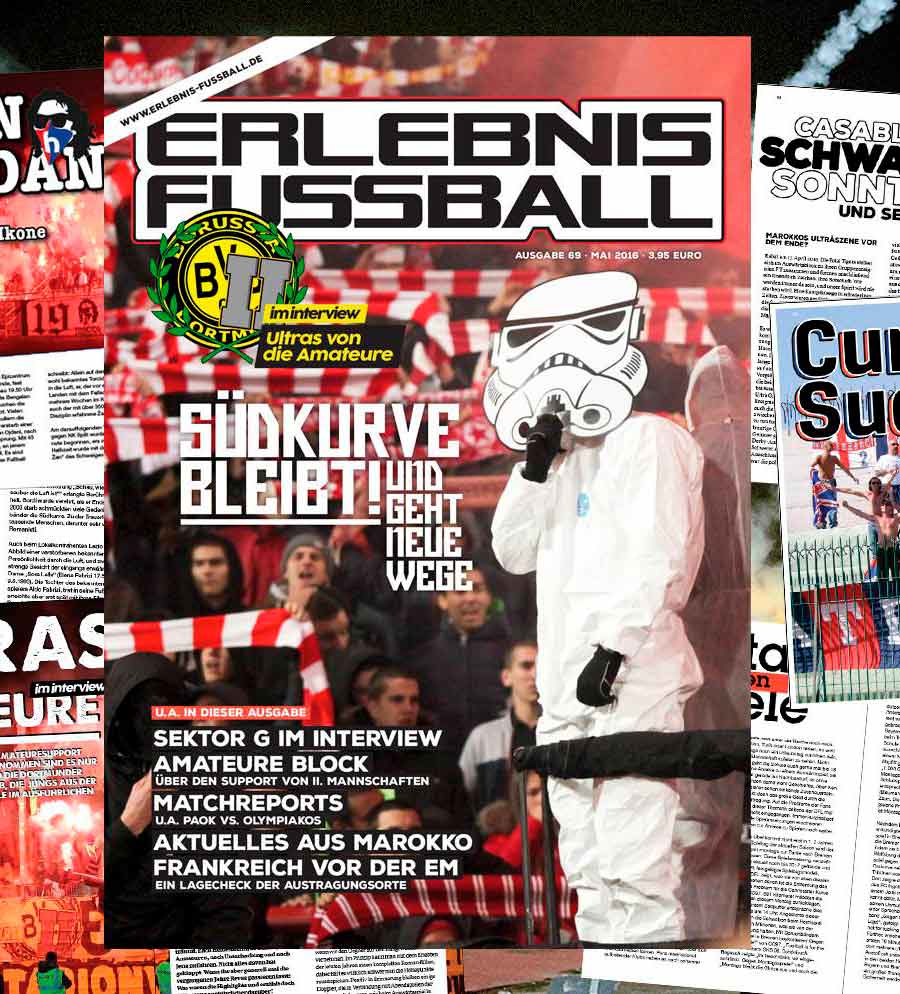 reach on all channels across the globe 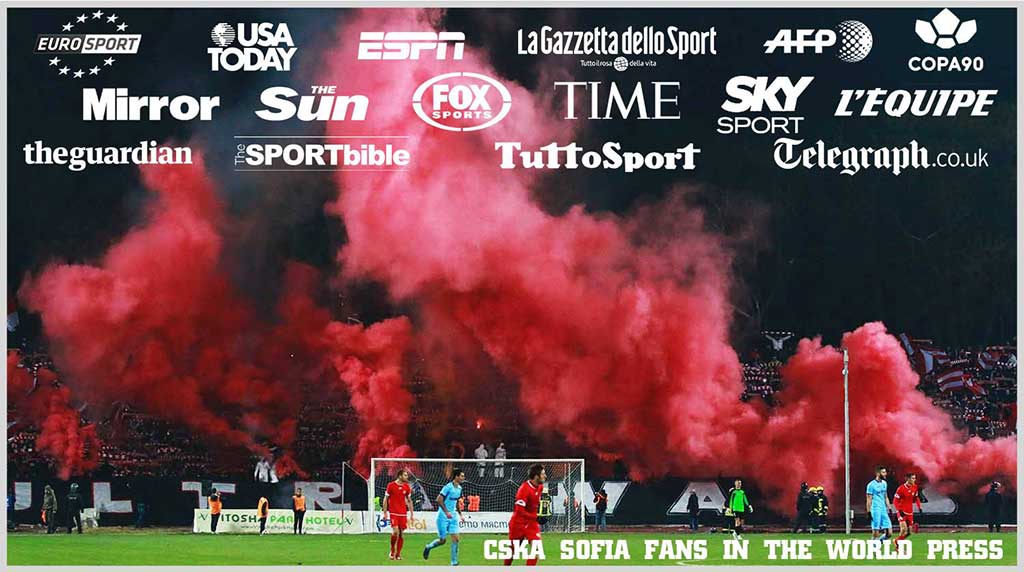 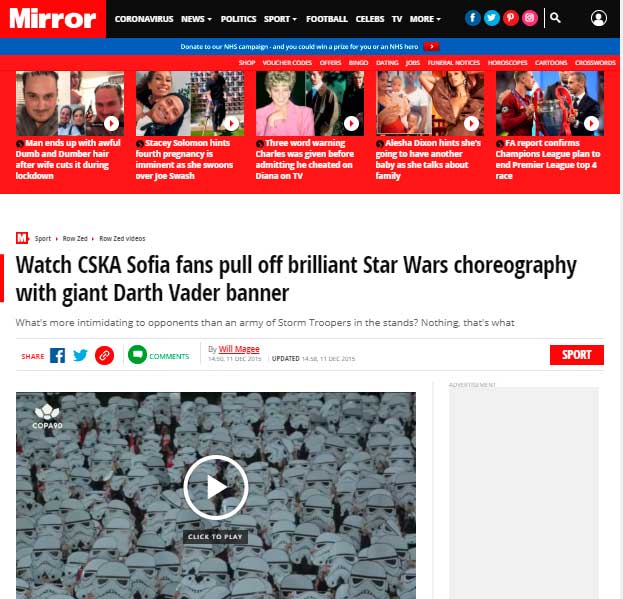 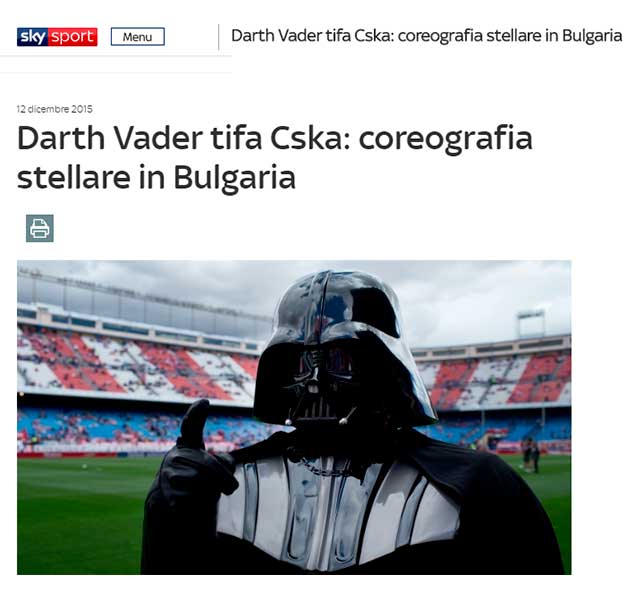 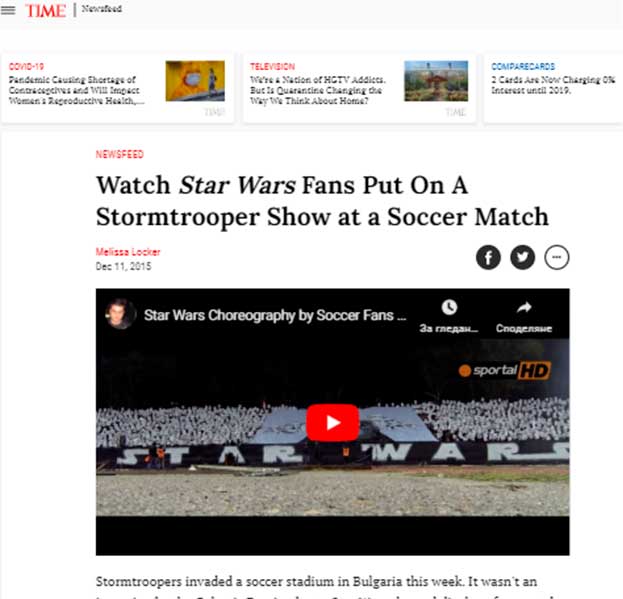 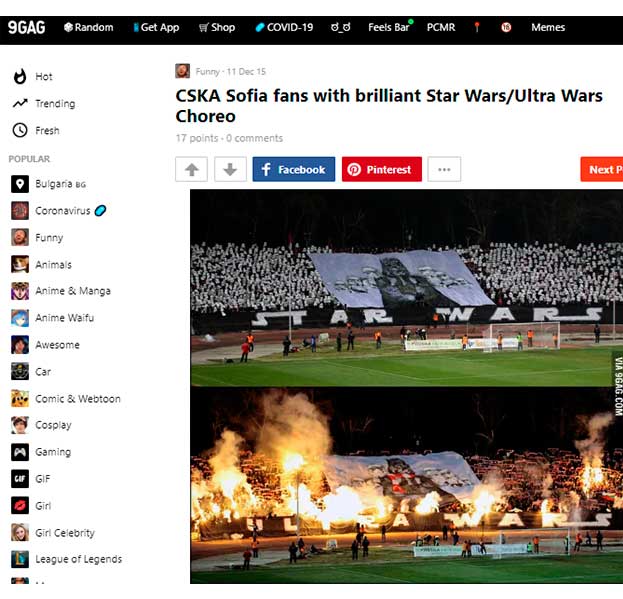 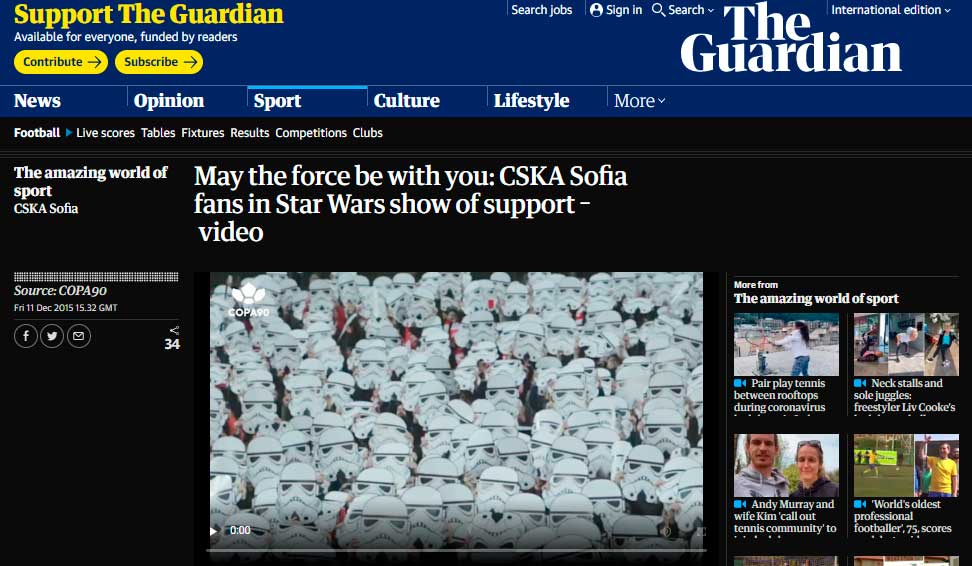 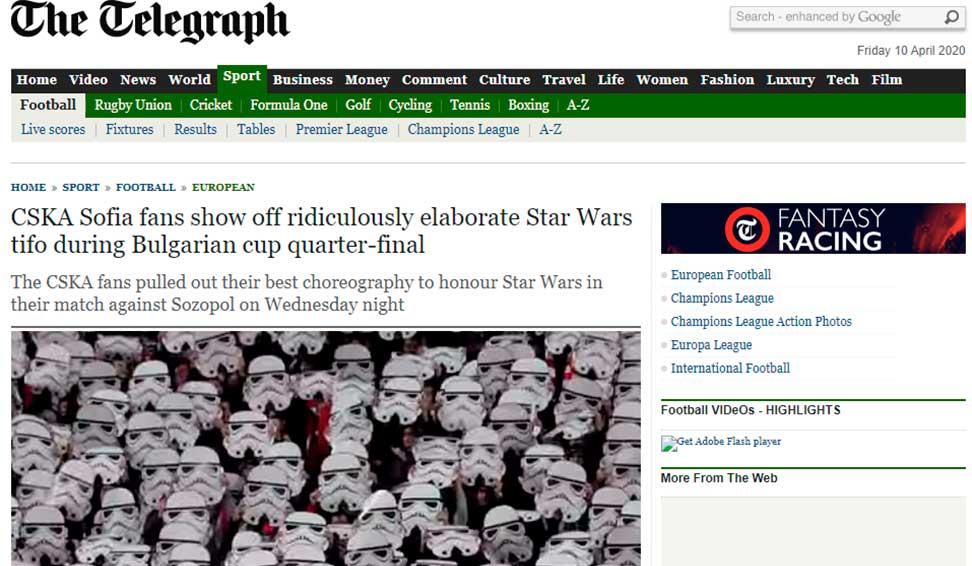 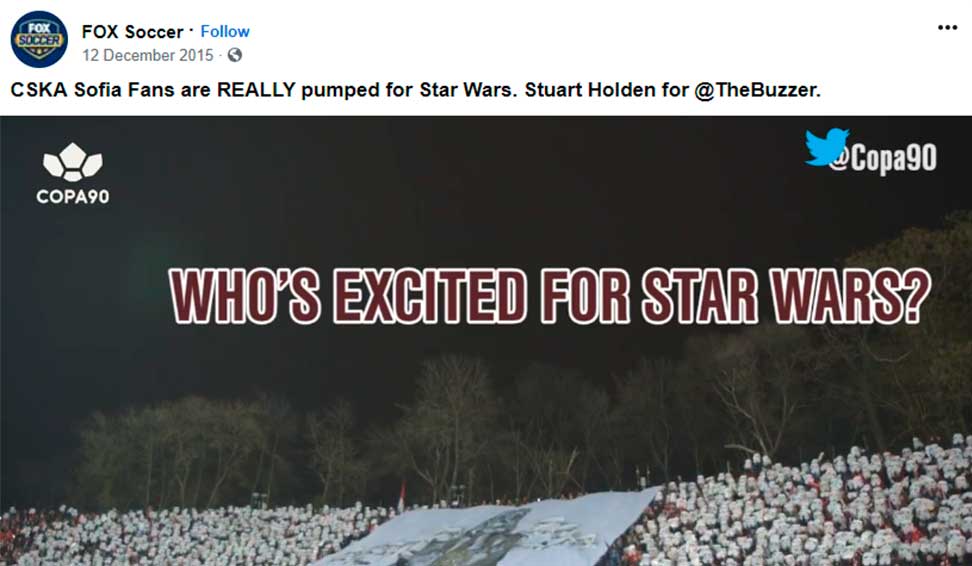 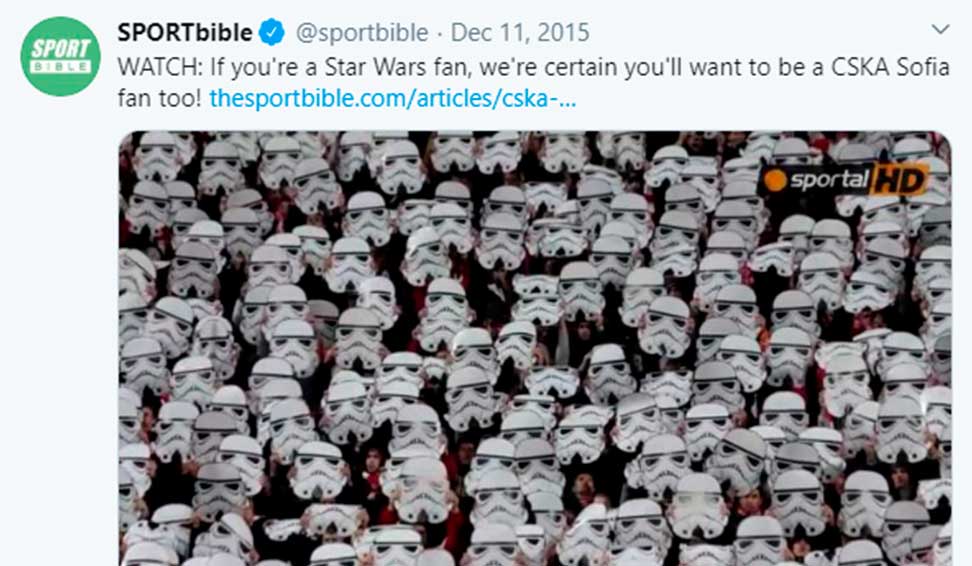 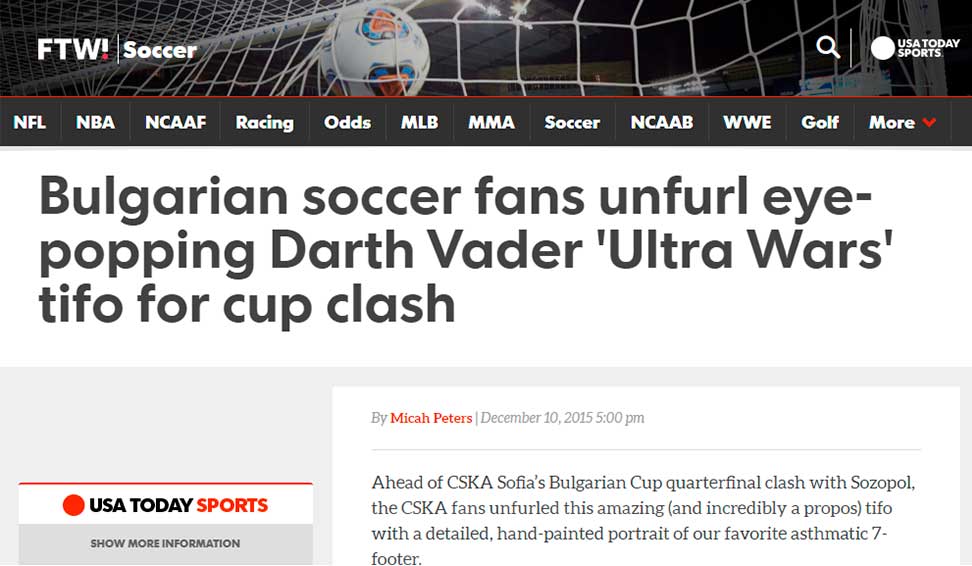 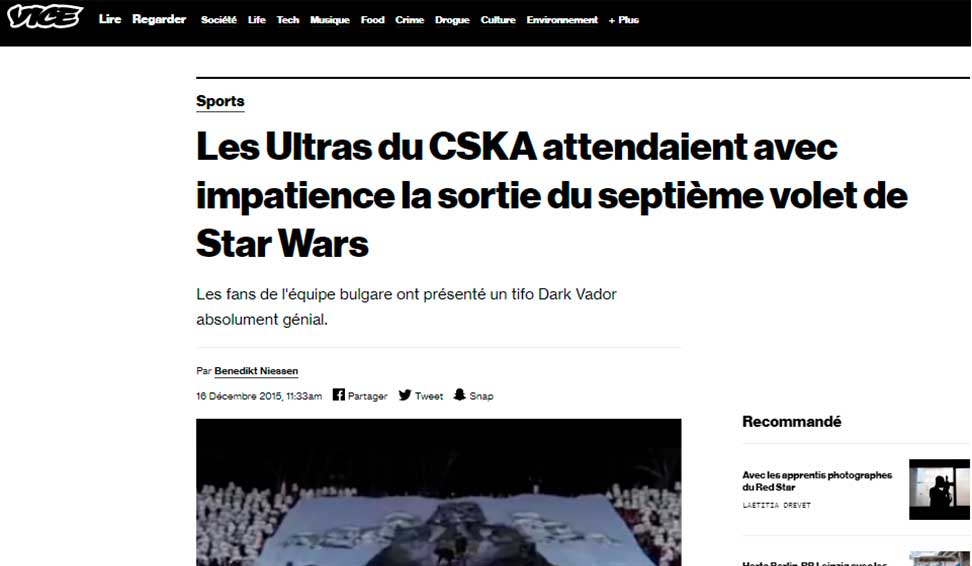 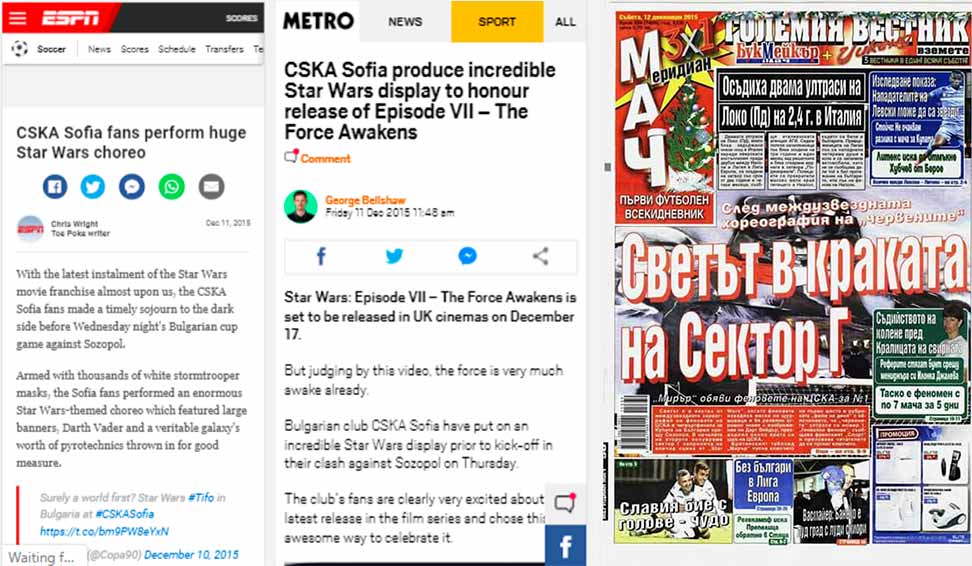 the best of the best 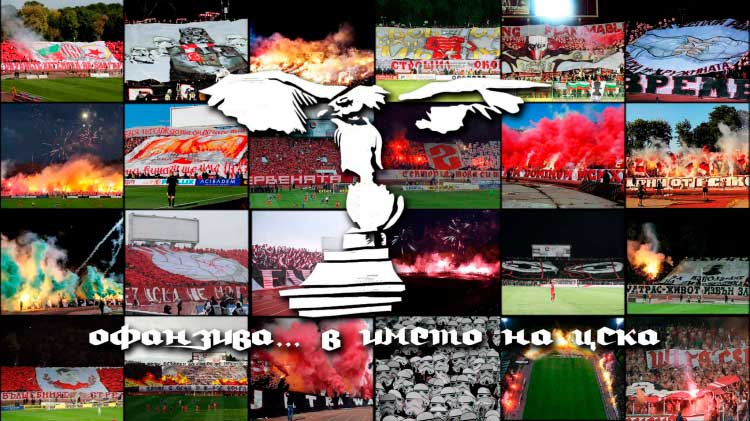