Did it ever occur to you to think “I bet it’s going to rain today”? Well, on some betting sites you can bet with the bookmaker even on similar events. In our case, the playoff phase of our national football championship was underway, however our internal website system did not allow us to receive odds for more deeply “special events”. At a time when everyone was paying special attention to the Bulgarian football stars, together with our Online Department we decided to create our own personalized odds for events such as “next player’s assist in the same match” or “number of fouls per player”. 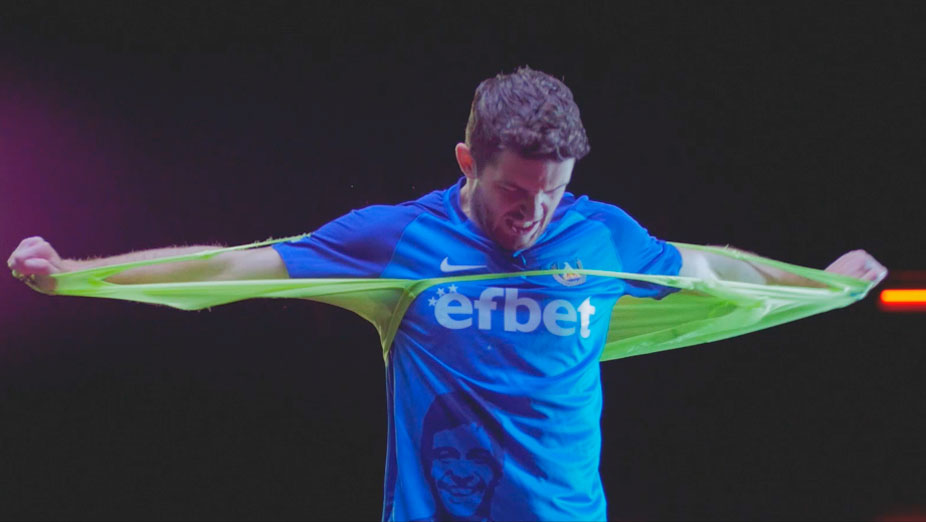 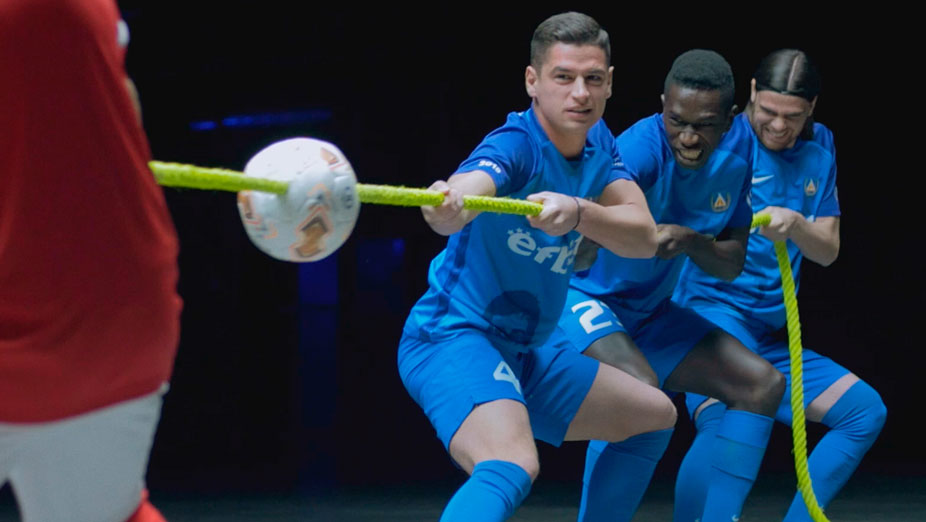 The challenge for our traders was to find the right formula for calculating similar markets in order to make them available to our clients. From a marketing standpoint, the challenge was to figure out how to present to the larger audience and to the regular efbet clients the new intriguing events they can bet on. 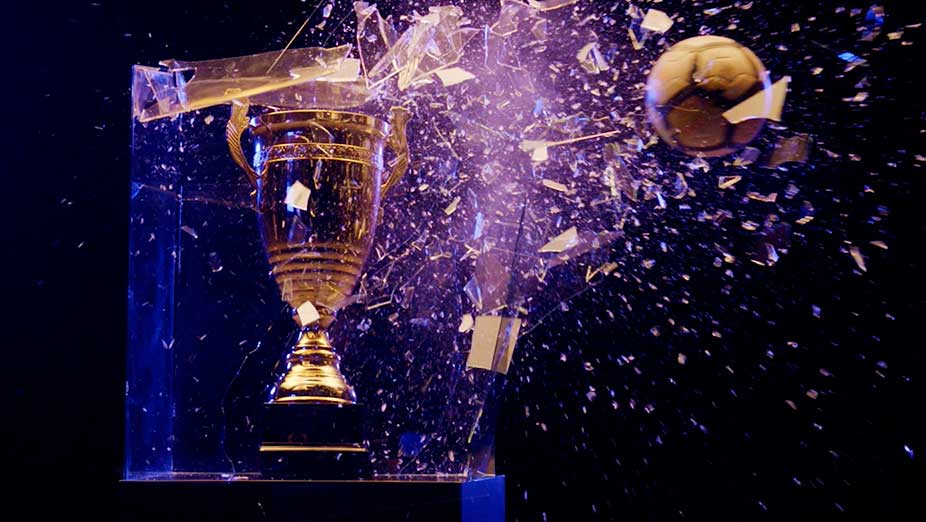 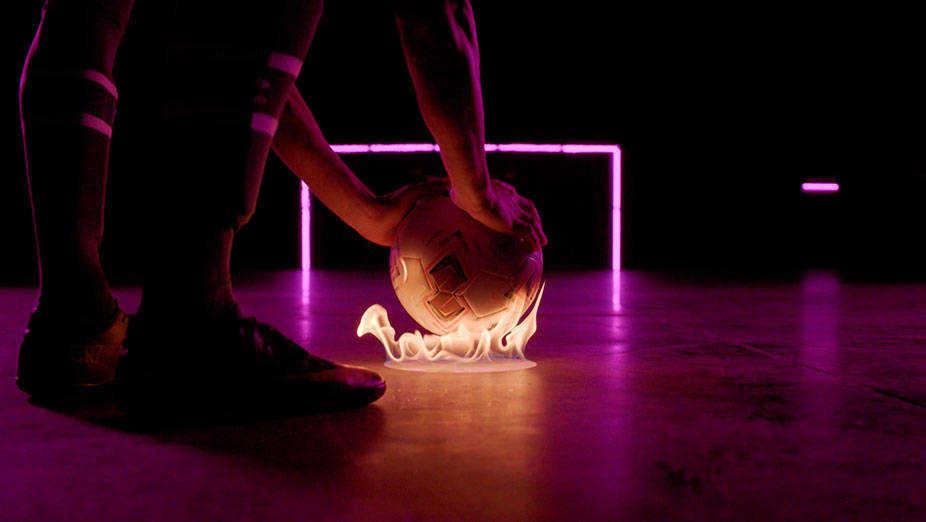 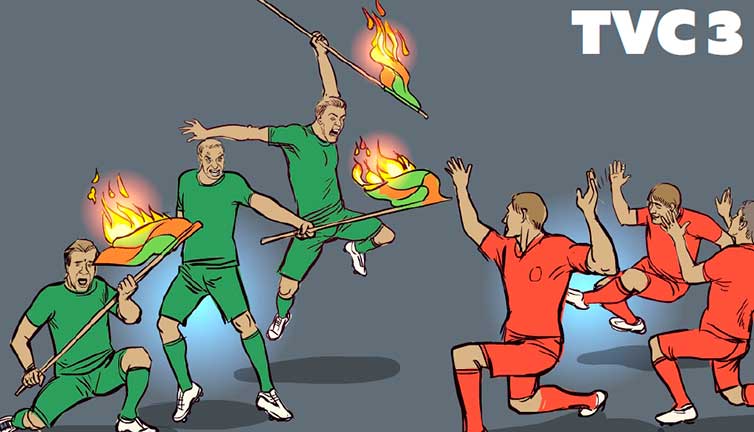 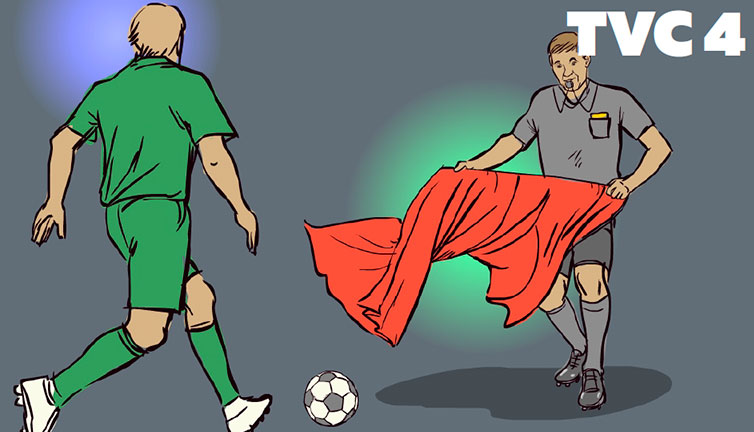 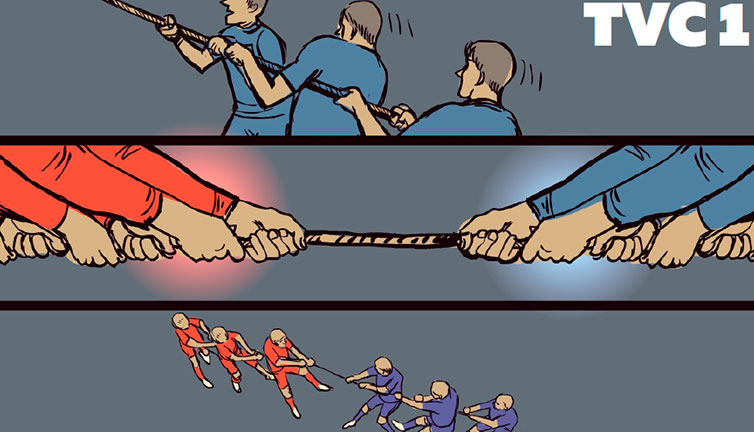 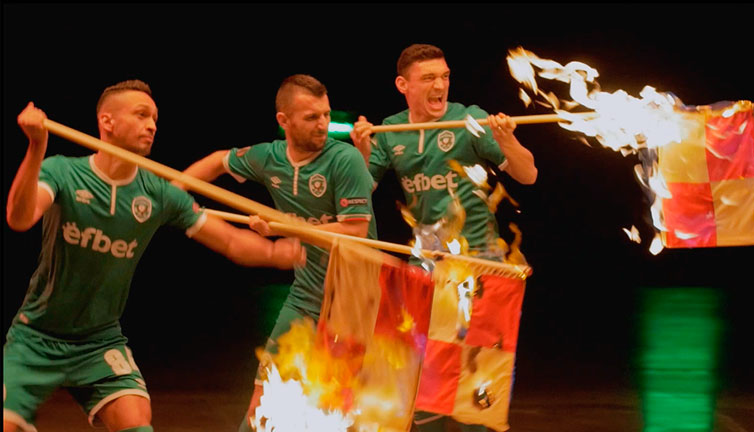 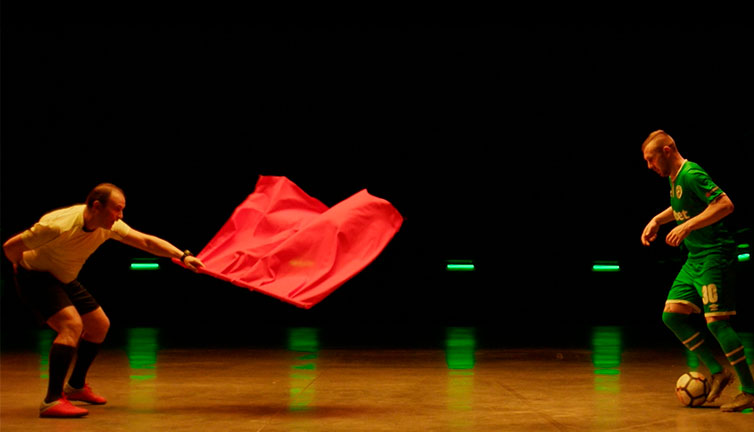 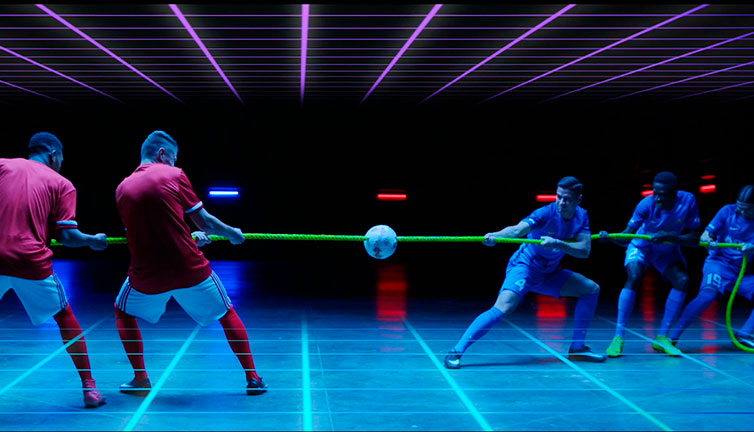 As I was becoming more and more involved as Marketing Director of the company, the budget for advertising grew in proportion to the generated profit of efbet, at which time, in early April 2019, the TV time I had planned grew as well and our brand was already appearing before and during all sort of sports events.

We asked again for assistance from our DNA partners, whom we briefed on the task of showing the audience the variety of marketing we will offer for specific events. In order to achieve this, we shot four sets of video clips, led by Vasil Petrakov from HandPlayed Productions, in which we electrified and literally set up on fire the environment, counting again on our biggest asset, namely our famous athletes – the efbet heroes leaded by the former Juventus and Manchester City player Valeri Bozhinov, the captain of the national team Svetoslav Dyakov and a whole constellation of players from the leading top teams.

This time, the way we presented the sports stars to the audience was definitely different, and using a set of metaphors we were able to show the different sports events and situations people can bet on. Have you seen a goalie with six hands?! Well, there was an odds on whether or not he would save a penalty in the match. 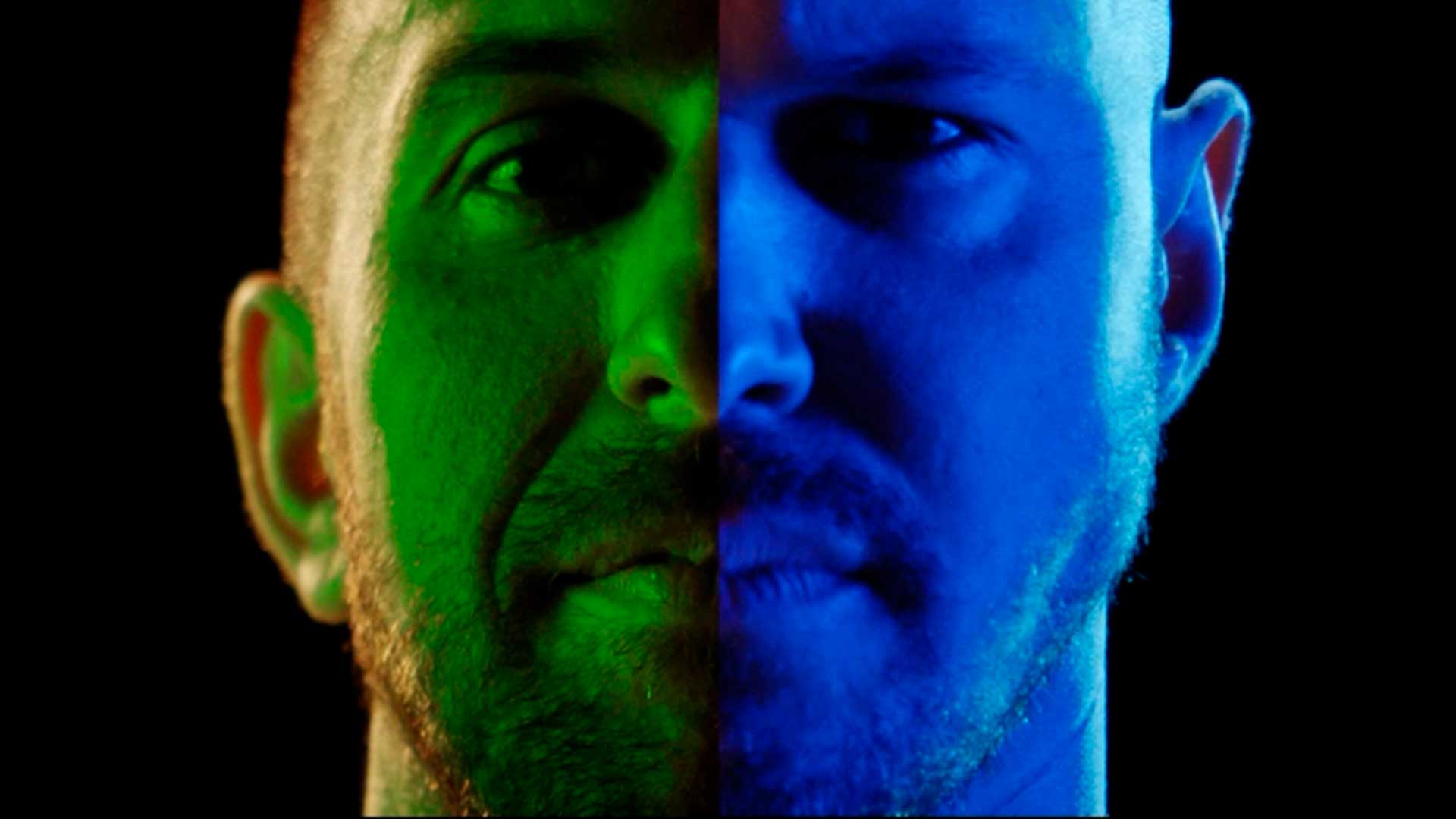 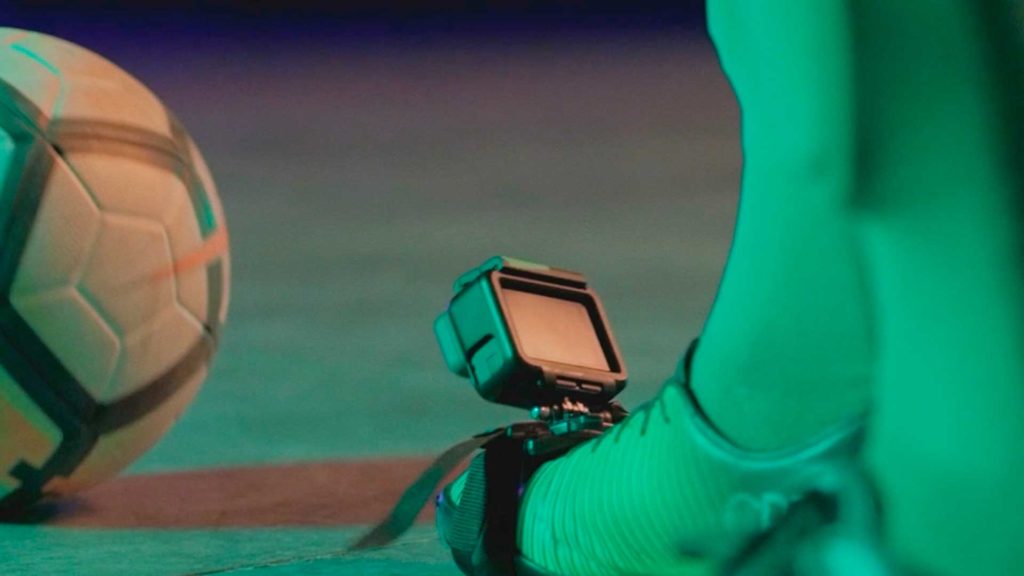 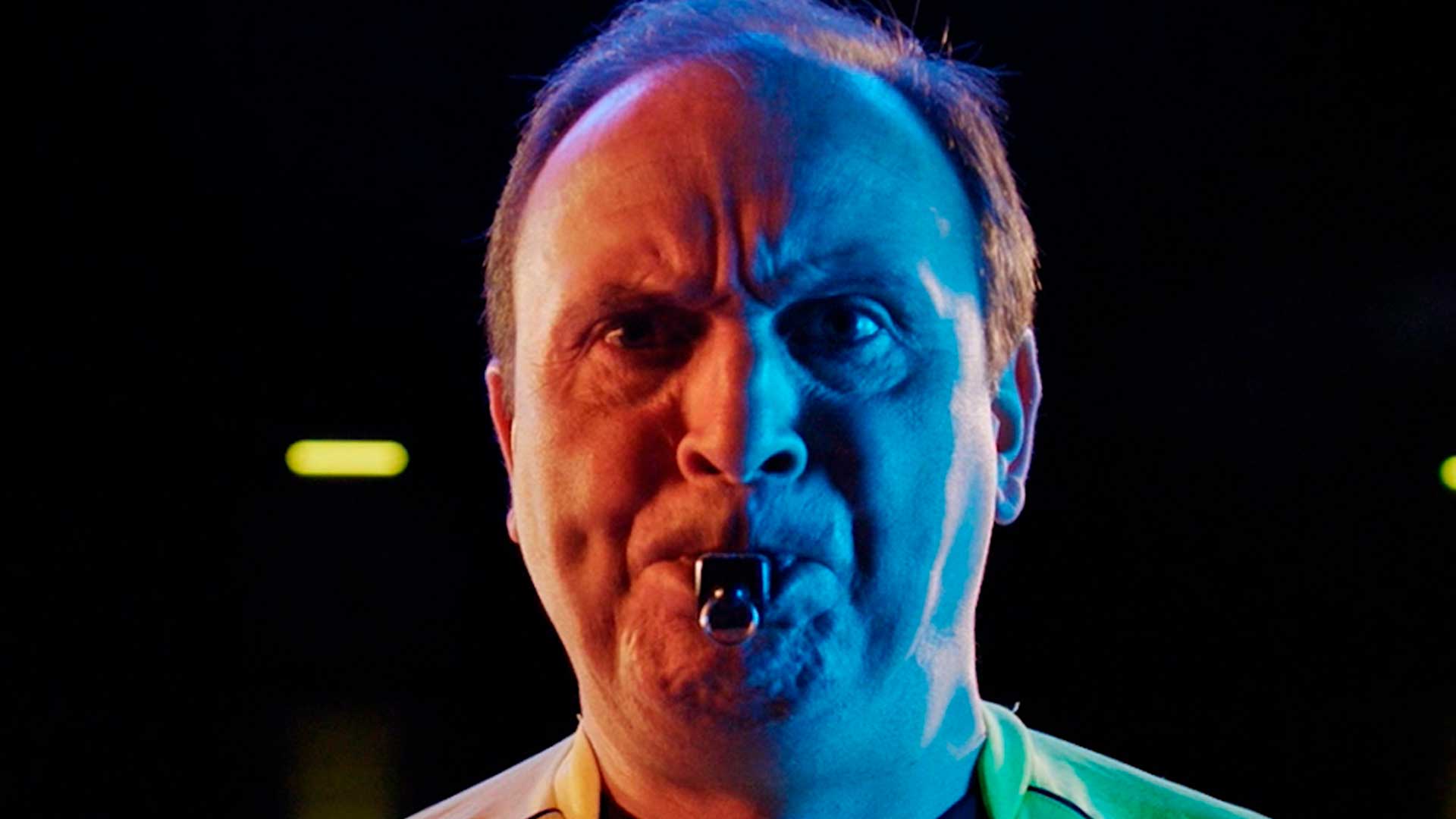 The complexity of the campaign consisted in the fact that our four creative solutions were broadcasted on TV seven days before each of the twelve matches we had selected over the next two months. The real challenge was in the fact that the championship program has being prepared with delay and the National football union was releasing the schedule literally 10 days before each new match.

With an intense live presence on TV during the derbies, the accompanying broadcast shows and other football events, backed up by a massive campaign with key visions for each different market, the social networks and in particular Facebook Carousels were the best placement for such a massive project.

We had also an additional coverage through Wallpapers offering a specific event on the two biggest sports websites in the country – Sportal.bg and Gong.bg (almost 2M uniques monthly users), where on the specific page or interest for a sertain club/team, the creative solutions appeared aiming to engage the user. 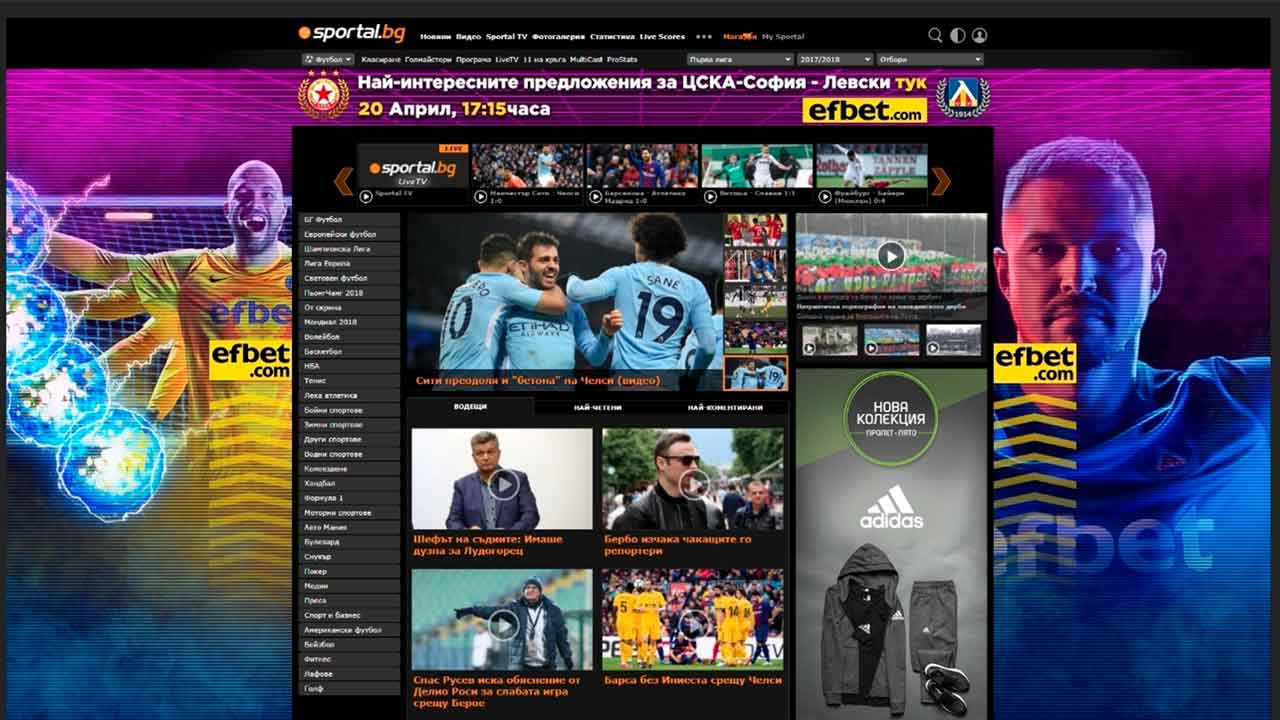 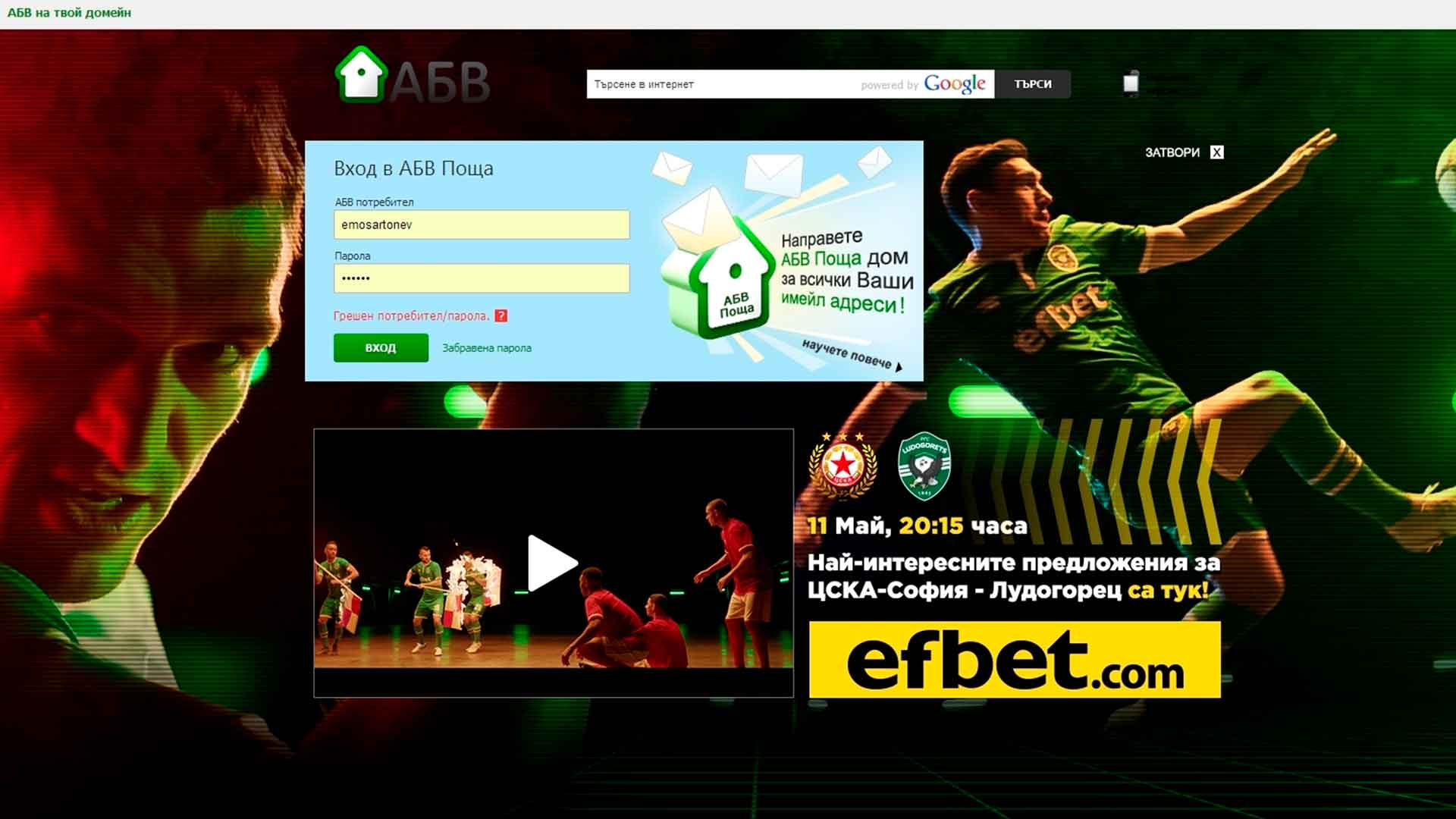 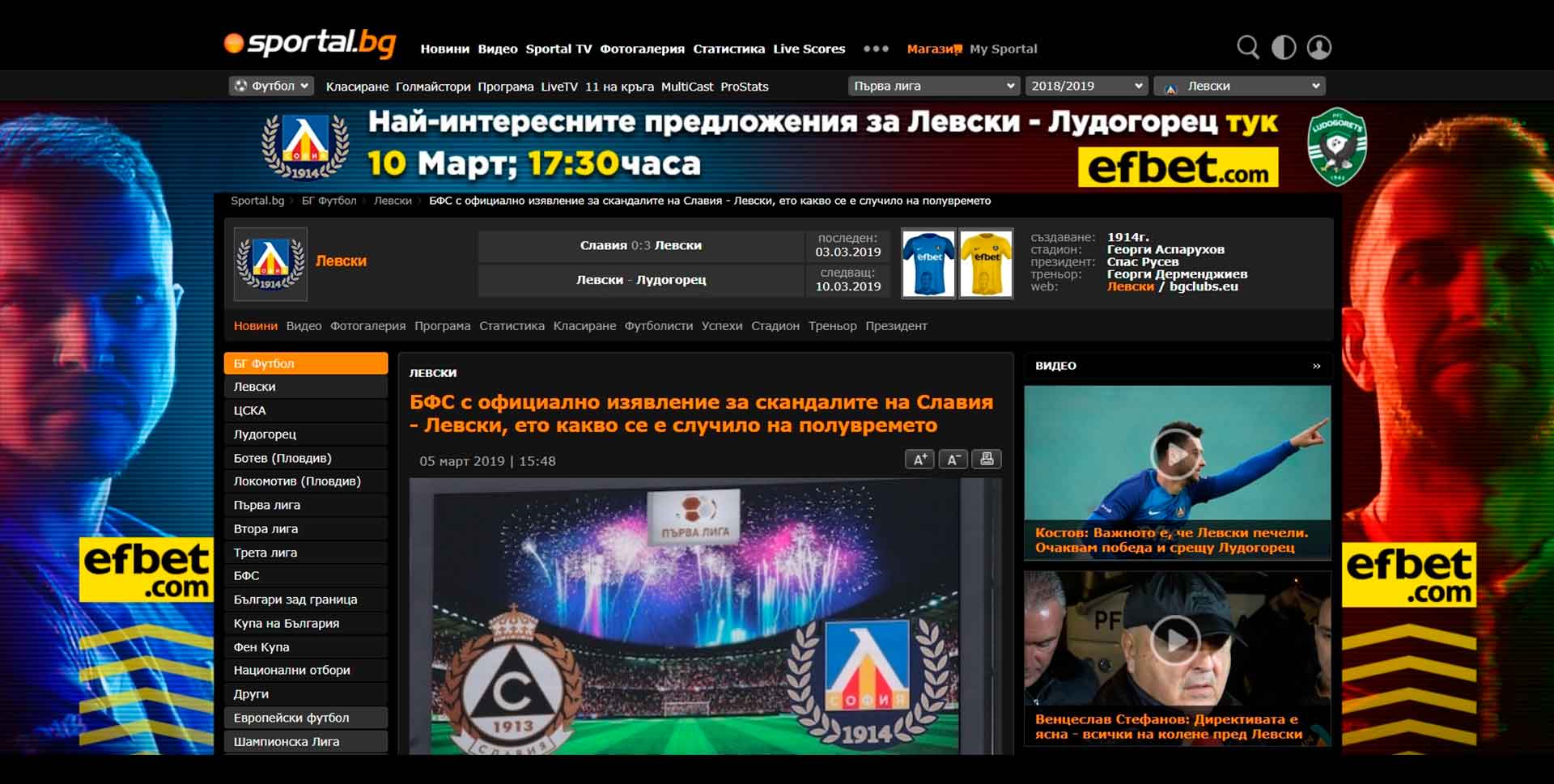 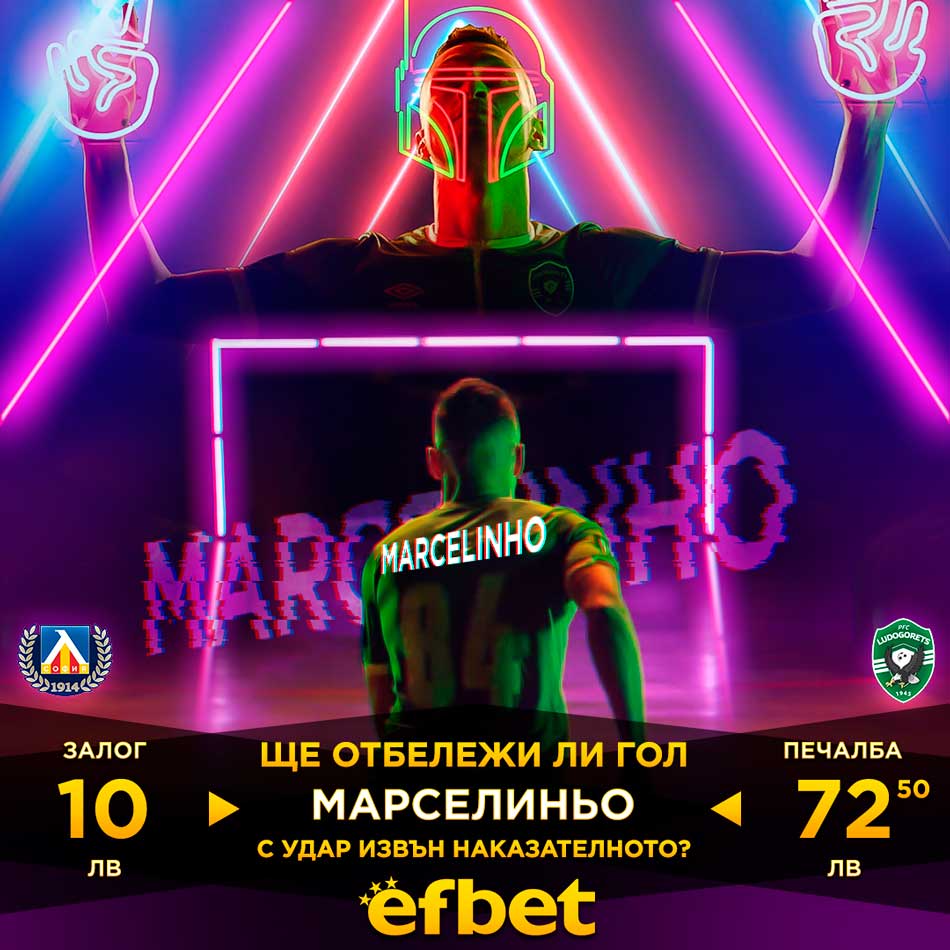 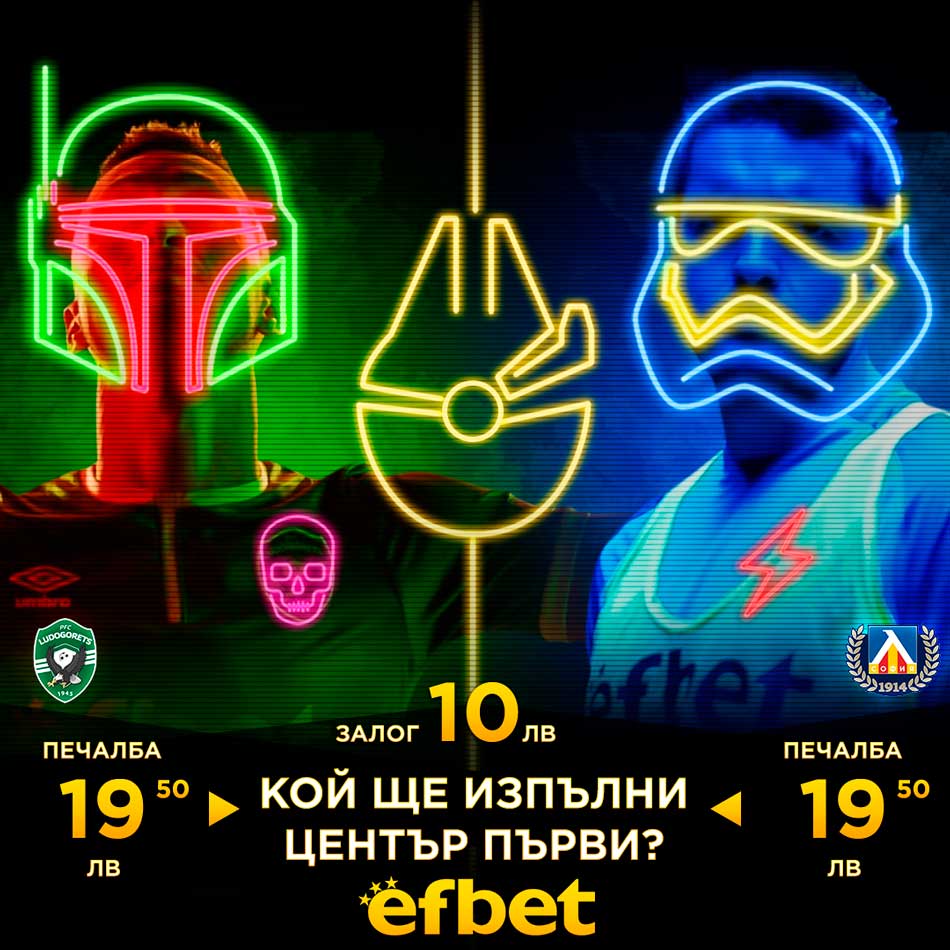 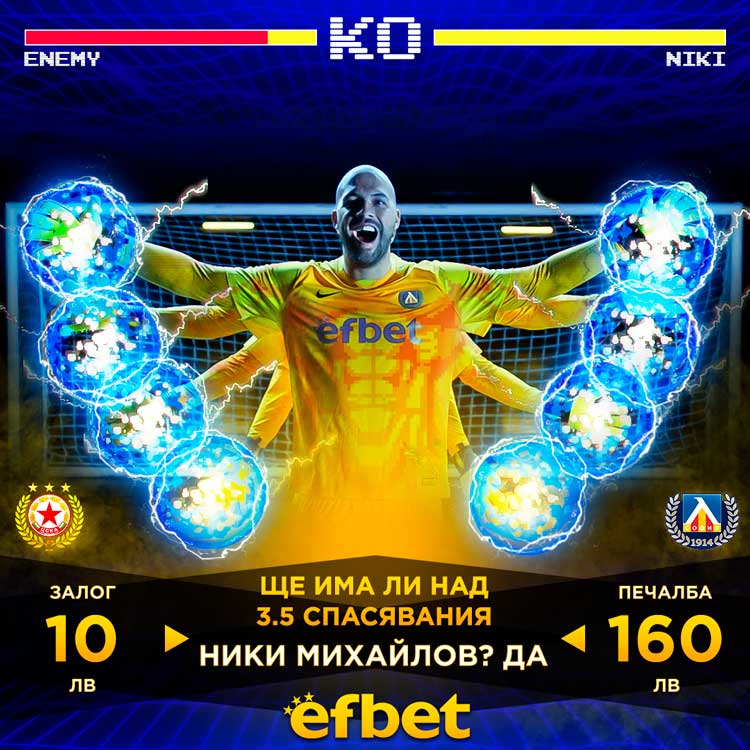 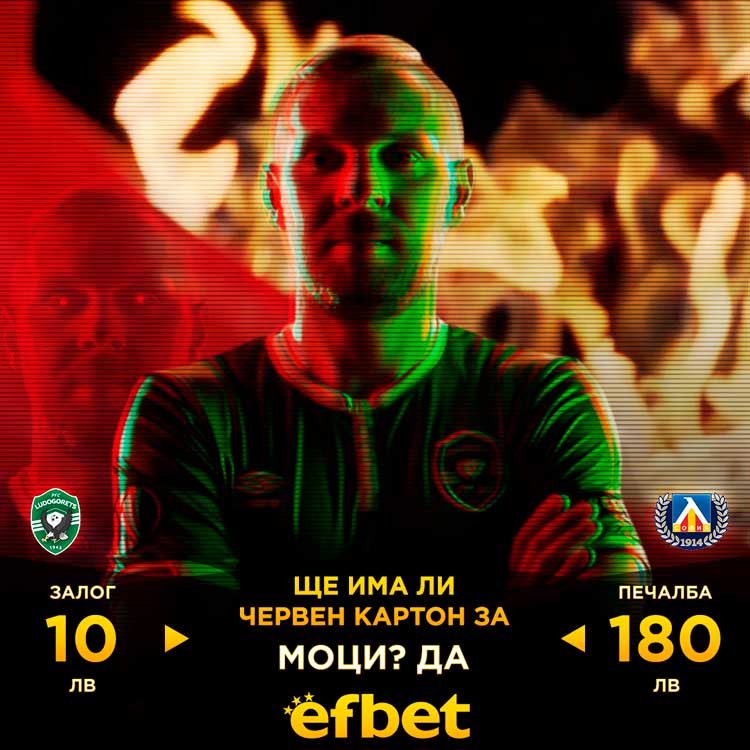 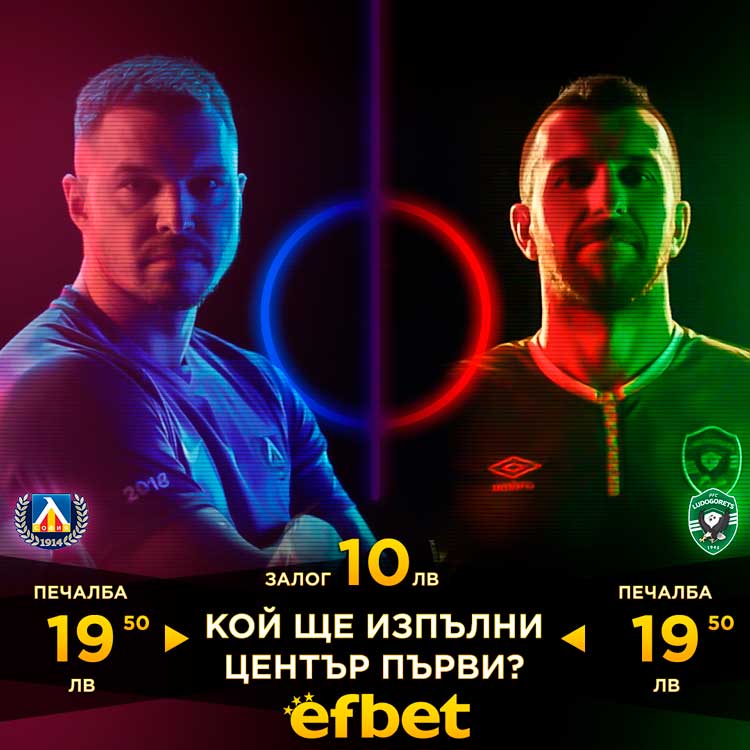 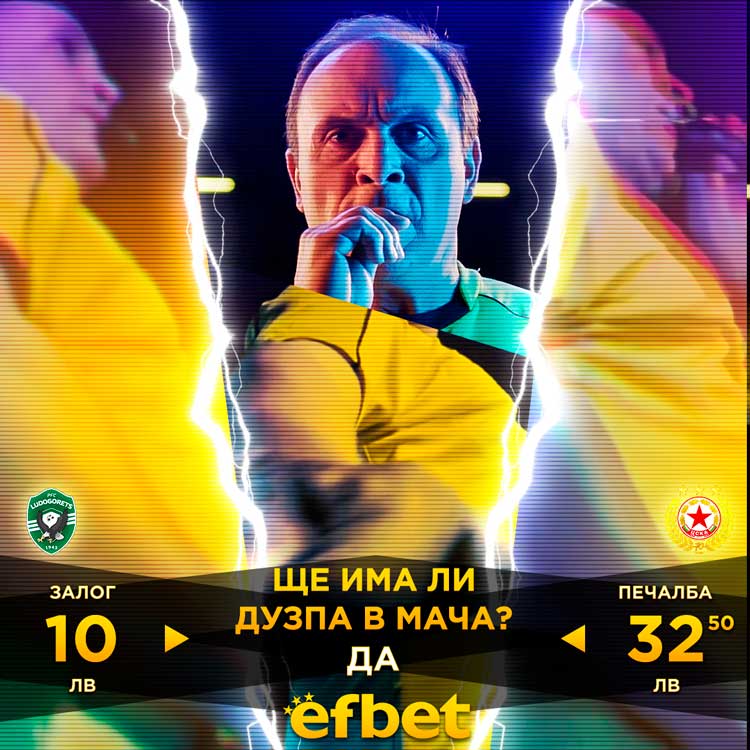 We got lucky and all by chance during the first derby, one of our proposals for a “red penalty card for a player” became real when the player who appeared in the Ad received a red card. Social media responded to that with comments like “efbet adjusts the whole championship, the whole week they ‘suggest’ a red card for Cosmin Moți and here it is!” We caught up on this one and in upcoming posts, humorously presented our suggestions as a “fixed” bets. 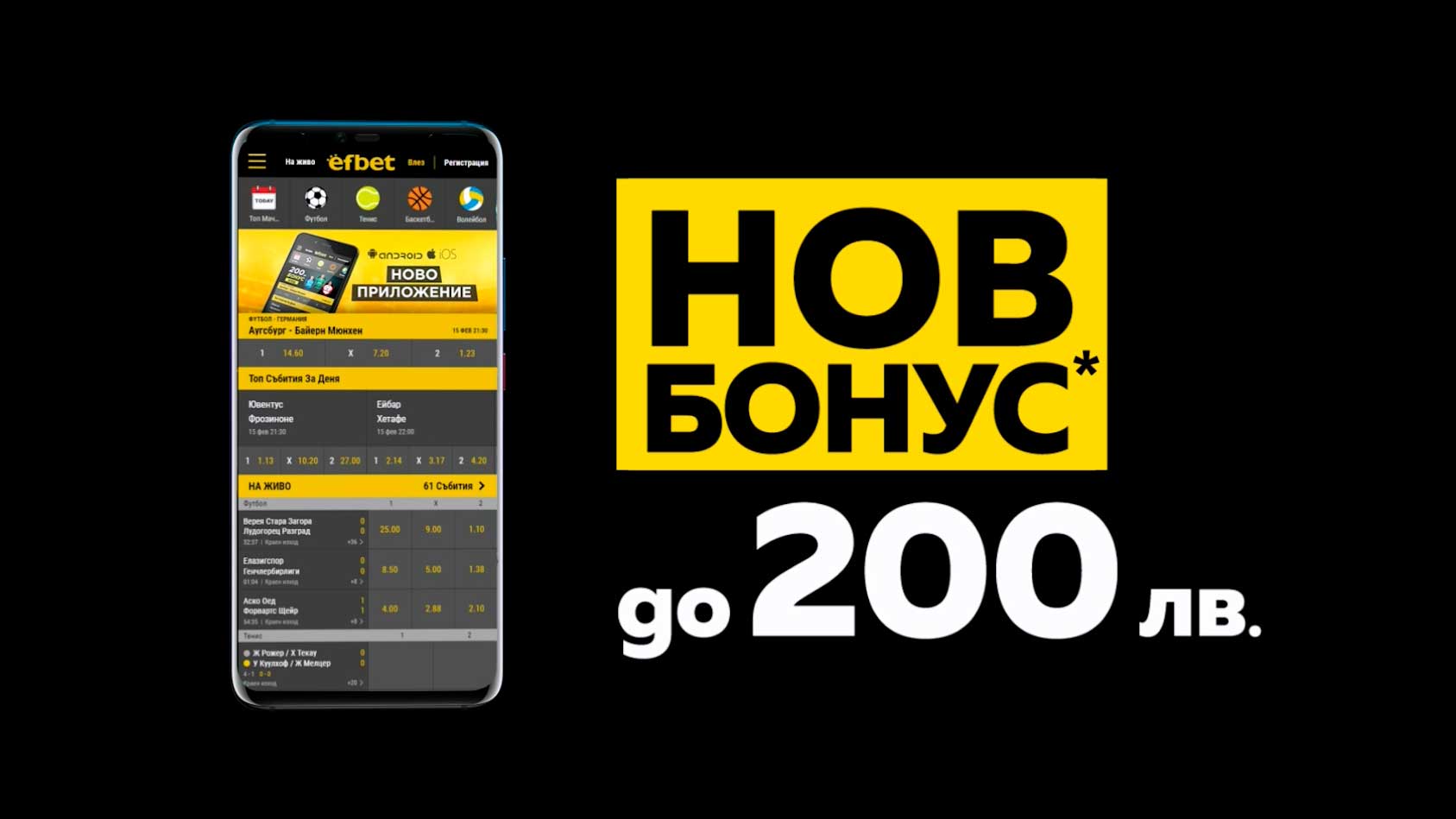 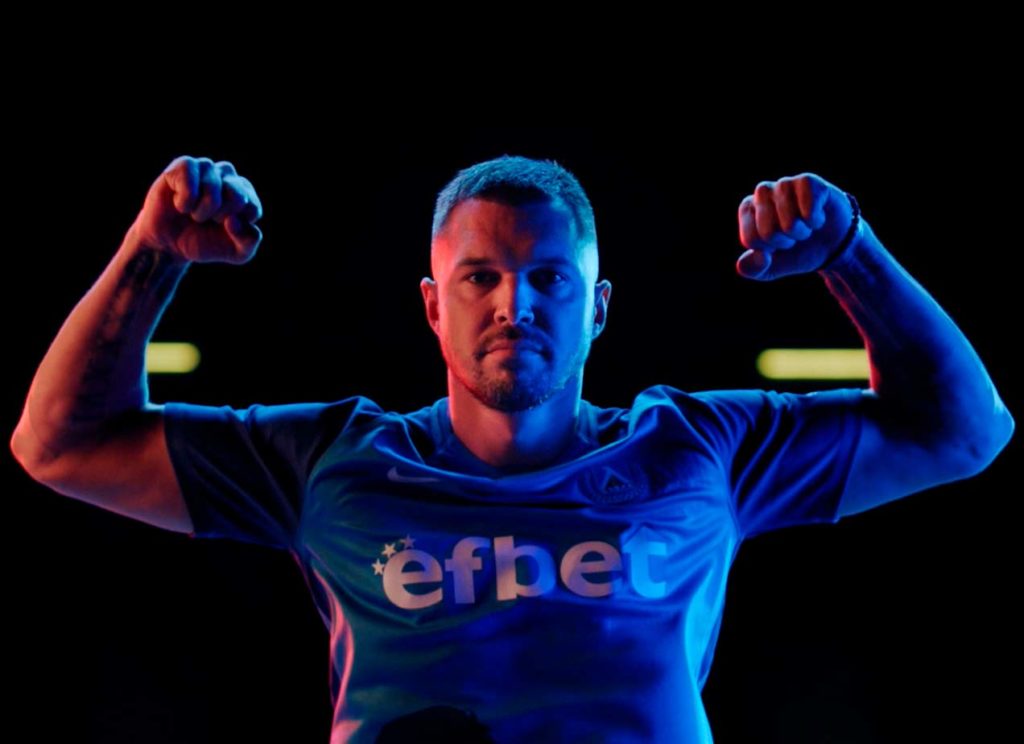 WE BET YOU DIDN'T EXPECT IT